The Indigenous Advisory Committee is comprised of 9 Members. Its membership reflects Canada's diversity of Indigenous communities, languages, genders, geographies, and skills and expertise. 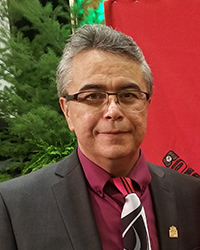 Tribal Chief Tyrone McNeil is Stó:lō and a member of Seabird Island Band. He has extensive experience working to advance First Nations languages and education, collaborating with First Nations across the country, and developing agreements and partnerships with government. Tribal Chief McNeil manages a First Nation construction company that employs up to 70 Indigenous men and women, with expertise in Operational Health and Safety, safety audits, human resources management, operations and budgeting in civil construction and pipeline industries.

Tribal Chief McNeil works closely with the Indigenous Advisory and Monitoring Committee (IAMC) for the Trans Mountain Expansion and Existing Pipeline, including as a member of several leadership and sub-committees, driving changes to improve practices of regulators to better align with the United Nations Declaration on the Rights of Indigenous Peoples, and to advance reconciliation. He holds numerous leadership positions including, President of Stó:lō Tribal Council, President of First Nation Education Steering Committee, AFN Chiefs Committee on Education rep for BC, Chair of Emergency Planning Secretariat, Chair of Seabird College, President of the Sqewqel (Seabird) Development Corporation and Standing Chair of Union of BC Indian Chiefs.

Tribal Chief Tyrone McNeil is an active hunter, fisher and gatherer and looks forward to teaching his four grandchildren as he has been taught and learned. 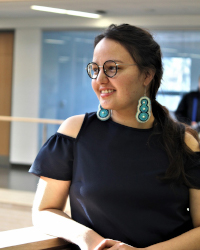 Kaella-Marie Earle is an Anishinaabekwe from Wiikwemkoong Unceded Territory and Aroland First Nation. She is currently employed as an EIT at Enbridge Gas Inc. in Engineering Construction, System Improvement where she manages construction of natural gas pipeline projects. She holds an Advanced Diploma in Chemical Engineering Technology from Cambrian College as well as a Bachelor of Chemical Engineering from Laurentian University.

Ms. Earle’s career goal is to weave her Indigenous cultural values into her engineering work in a way that will lead the oil and gas industry to a lower carbon energy future. She works toward this as a member of Young Pipeliners Association of Canada where she serves as Co-chair of YPAC’s Indigenous Inclusion Committee.

Ms. Earle delivers regular speaking engagements at conferences to advocate for Indigenous people and women in energy and mining, is the Director and Founder of Maamiwi Gibeshiwin Indigenous cultural training and allyship retreat, and is a delegate on the NWMO Indigenous Council of Youth and Elders. 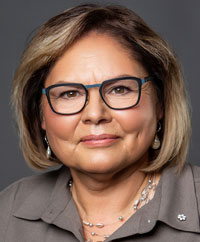 Dr. Marie Delorme is CEO of The Imagination Group of Companies, an Indigenous corporation comprised of three national entities, each providing services to industry, governments, and Indigenous groups in the areas of brand management, business consulting, and ceremonial tobacco.

Dr. Delorme serves on the publicly traded boards of Canadian Western Bank and Premium Brands Holding, the board of the Donner Canadian Foundation, and the CN Indigenous Advisory Council. Dr. Delorme is a Member of the Order of Canada. She has received the Inspire Award in Business and Commerce; and was named as one of Canada’s 100 Most Powerful Women. Other awards include: the University of Calgary Dr. Douglas Cardinal Award; Alberta Chamber of Commerce Business Award of Distinction; Calgary Chamber of Commerce Salute to Excellence Award, and Métis Nation Entrepreneurial Leadership Award.

Dr. Delorme holds a Bachelor of Science degree, a Master of Business Administration from Queen’s University, and both a PhD and an Honorary Doctor of Laws from the University of Calgary. Chief Harvey McLeod is Chief of the Upper Nicola Indian Band, Executive Director for the Interior Salish Employment & Training Society, and has nearly 40 years of executive, political and relationship and partnership development experience.

Chief McLeod sits on several Committees and Boards, including as a Director of the BC Assembly of First Nations, and is one of five Nicola Chiefs currently working with the Province of British Columbia to co-manage the Nicola Watershed. Chief McLeod has been extensively and directly involved in the development and operations of the Indigenous Advisory Monitoring Committee (IAMC) for the Trans Mountain Expansion and Existing Pipeline. 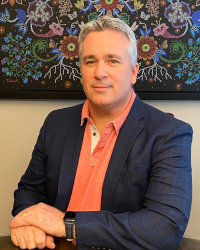 Mr. Patles-Richardson is also the CEO of an Indigenous private-equity fund, Métis Infinity Investments, and is the majority shareholder of Nations Translation Group (NTG) and acts as their Executive Chair. NTG is one of Canada’s largest privately-held translation companies and is 100% First Nation owned and controlled with the balance of the shares held by the Little Red River Cree Nation’s investment arm. He has previously worked in leadership roles with Ishkonigan Consulting and Mediation, Tribal Council Investment Group of Manitoba, Scotiabank, and Royal Bank of Canada. Mr. Patles-Richardson is a Mi’gmaq citizen from Pabineau First Nation in northern New Brunswick of which he has been active as a key senior advisor. 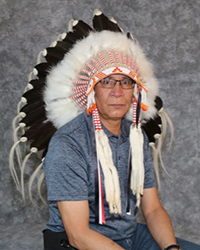 Chief Peigan has been very active in engaging with industry as well as in interventions before the Canada Energy Regulator (formerly National Energy Board), including but not limited to the Energy East Project and Enbridge Line 3 Replacement Project. Chief Peigan is also a member of the Indigenous Advisory and Monitoring Committee (IAMC) for the Enbridge Line 3 Replacement Project. Chief Peigan is committed to both his home First Nation and to the advancement of all First Nations, and is a strong advocate for environmental, air and water protection measures. Chief Peigan was nominated to sit as a member of the Indigenous Advisory Committee by the Assembly of First Nations. 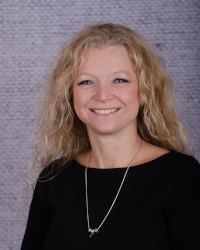 Marci Riel is the Senior Director of Energy, Infrastructure and Resource Management at the Manitoba Metis Federation (MMF). The department was created by the Metis government in Manitoba to address the development and management of energy projects and infrastructure constructed on lands utilized by the citizens and harvesters of the Manitoba Metis Community. The amalgamated department also manages the MMF’s Resolution 8 engagement and consultation process and lands management files as well as the natural resources and conservation portfolios related to harvesting, environmental assessment, Metis monitoring, forestry, mining, migratory birds, commercial fisheries, wetland restoration, fish and fish habitat, environment and climate change.

Marci is not an elected representative of the Metis Nation. Her role on the Line 3 - Indigenous Advisory and Monitoring Committee is to best represent the needs of the citizens of the Metis Nation’s Manitoba Metis Community and to assist Canada and the Canada Energy Regulator (CER) in better understanding the lifecycle impacts of projects on the collectively held rights, claims and interests of the Metis Nation. Ms. Riel holds a Master’s Degree in Sociology and prior to joining the Manitoba Metis Federation in 2011, Marci worked in the field of public safety and crime prevention.

Marci is the mother of two active teenage boys and together with her husband Kevin is proud to be raising the next generation of citizens of the Metis Nation. Marci lives in Winnipeg, Manitoba – in the heart of the Homeland of the Metis Nation – on one of the original Red River lots next to the historic Riel House site. 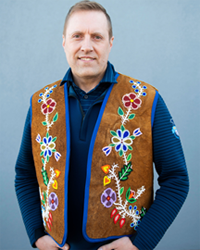 Tristan Zachow is the Chief Executive Officer (CEO) of SaskMétis Economic Development Corporation (SMEDCO) where he has been employed for over 20 years. SMEDCO is a Métis Capital Corporation that specializes in developmental lending for the start-up, acquisition, or expansion of Métis owned or controlled enterprises, and business advisory services. He is also the CEO of Muskwa Development Corporation, a wholly owned economic entity of the Métis Nation –Saskatchewan, mandated to engage in strategic investments through equity positions, strategic partnerships, and financial holdings. Recently, he was appointed as the inaugural Chair of the association of Métis Capital Corporations, which consists of four high-performing Métis Capital Corporations located throughout the métis Homeland.

Tristan is a proud Saskatchewan Métis originally from the Prince Albert area where his ancestors go back well over a century. He is an avid hunter that provides for his family and friends throughout the year. His post-secondary education includes certification as an economic development officer from Dumont Technical Institute and a certificate in business administration from the University of Saskatchewan's Edwards School of Business.