On March 4, 2021, the Canada Energy Regulator (CER) performed its first ever, unannounced exercise to evaluate a regulated company’s emergency readiness. 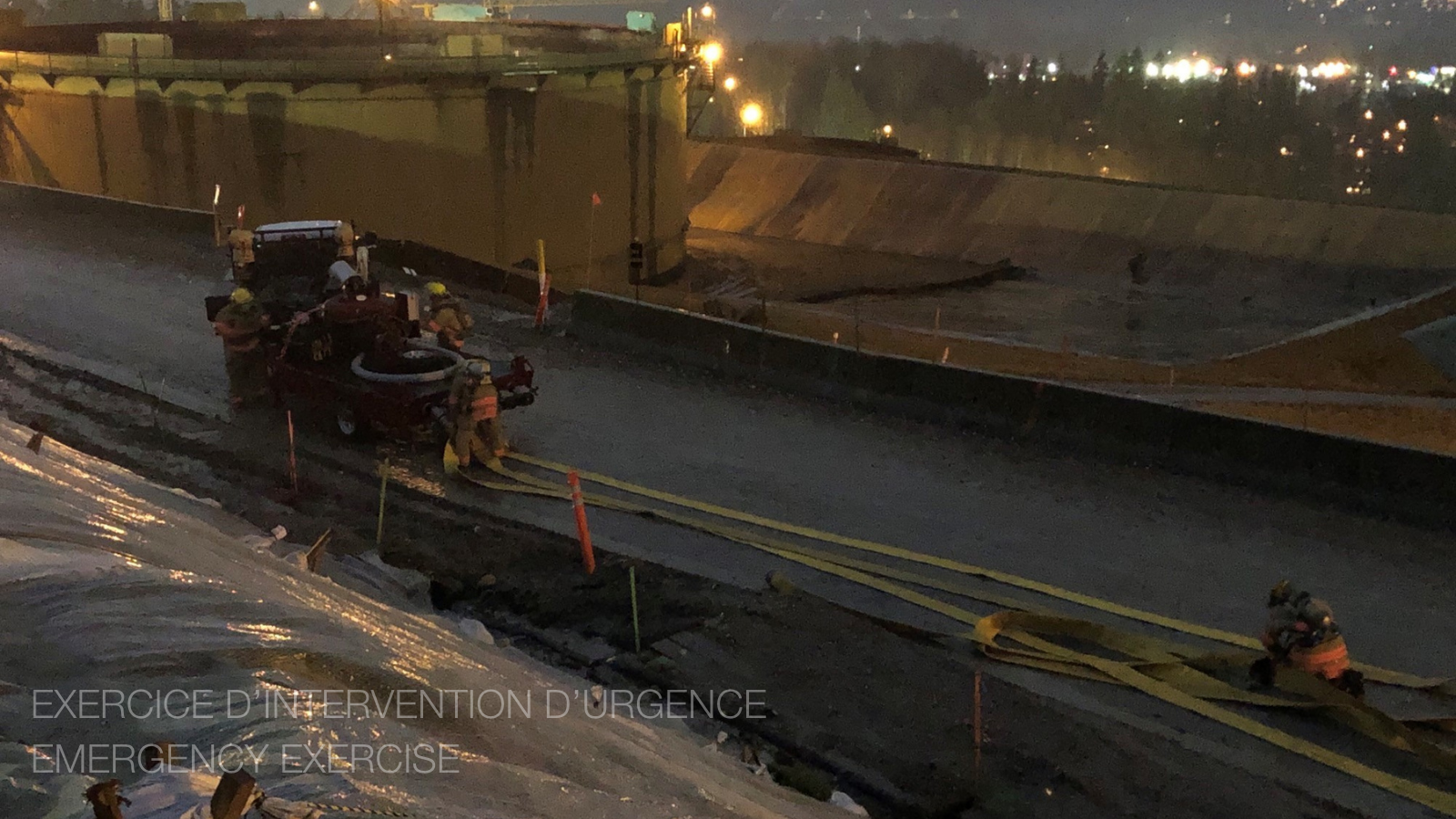 At 4 p.m. PST, CER inspectors and an Indigenous Monitor for the Indigenous Advisory and Monitoring Committee for the Trans Mountain expansion and existing pipeline (IAMC-TMX) arrived at the facility. There was no prior warning given to the company that the CER would be initiating this exercise. Trans Mountain was directed to simulate a response to a full surface crude oil tank fire. The company had to show that it could get the needed personnel and equipment on site and ready to start putting out the fire within four hours to allow ample time to control a potential boil-over from the tank itself. 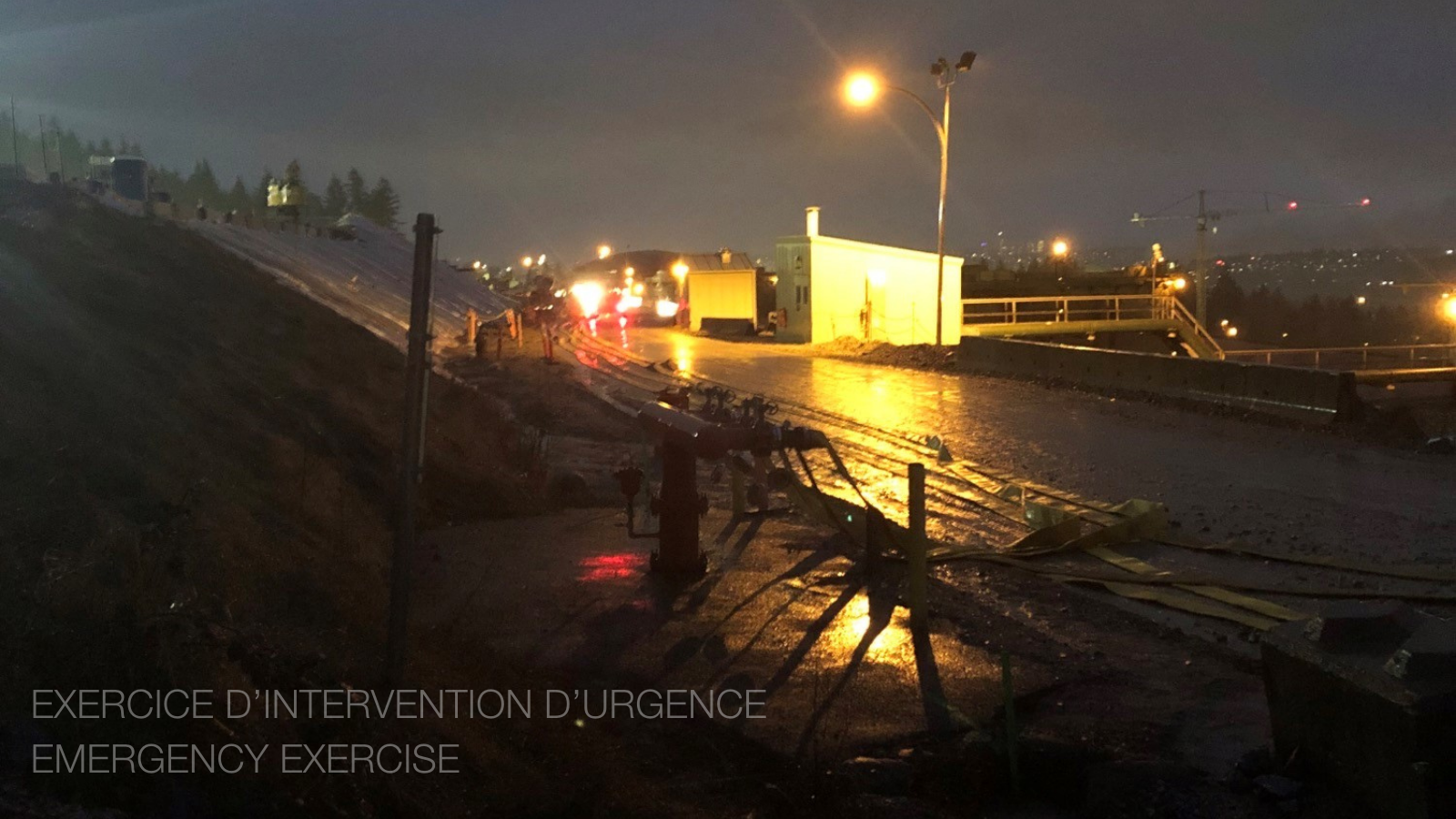 Initial findings showed that Trans Mountain was able to respond to the potential scenario at its Burnaby facility in 2.5 hours, and well within the four hour target. The exercise began after 4 p.m. local time, in order to coincide with increased traffic volume on the roads. As the exercise progressed, daylight waned and rain fell, adding to the complexity of the exercise. The evaluation report will be published on the CER’s website when finalized, including details of the exercise and observations from the Indigenous Monitor and the CER. 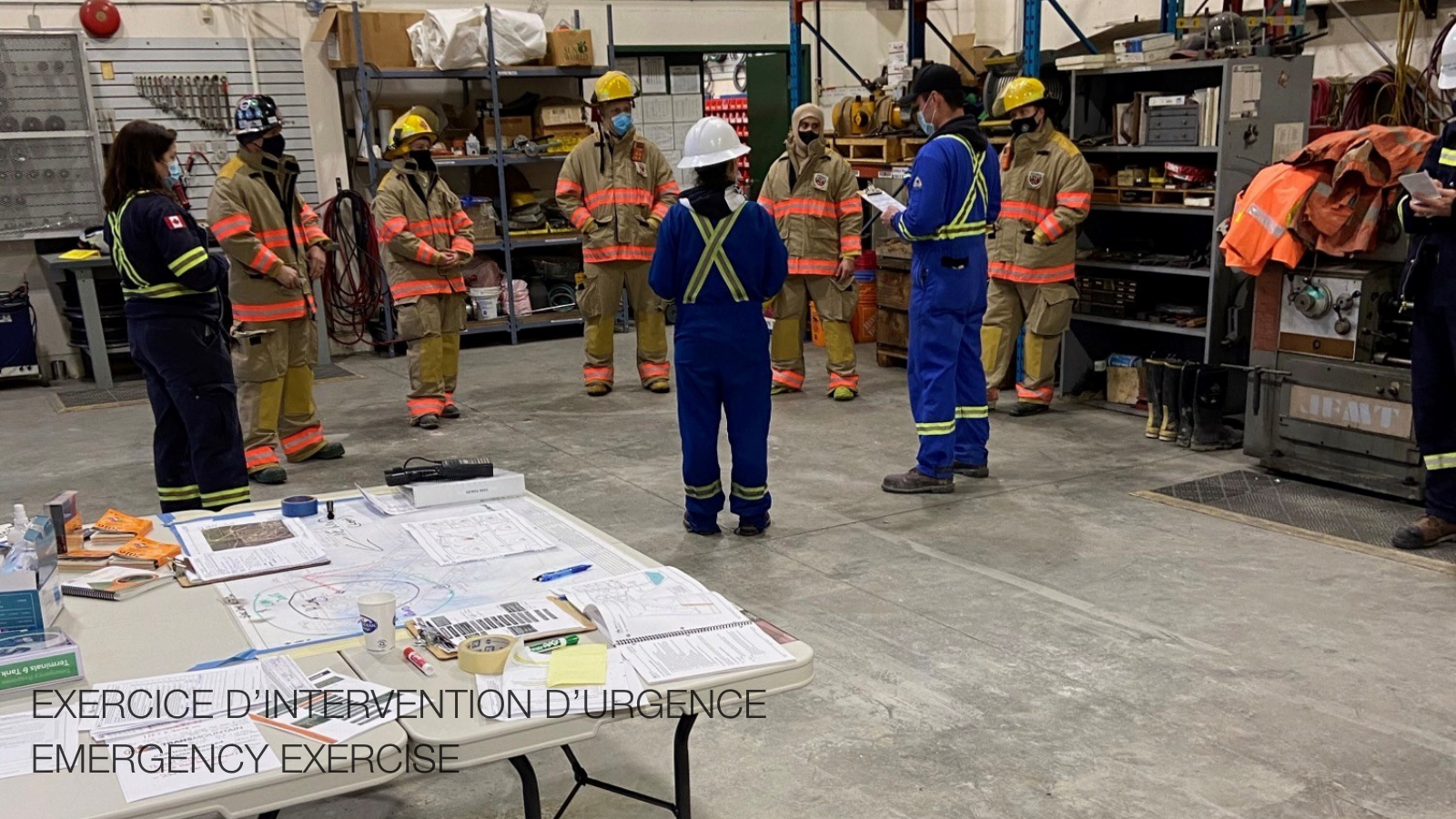 “This new kind of assessment demonstrates our commitment to safety and innovation,” says Gitane De Silva, CER’s Chief Executive Officer. “We require companies to be ready at all times to respond to any emergency related to their work.”

In 2019, the CER issued a letter that directed Trans Mountain to improve its fire preparedness. This included requiring the company to reduce its response target to four hours from the original six, and to incorporate regular unannounced exercises into its emergency management program. The CER also committed to testing Trans Mountain’s fire response preparedness once these changes were made.

CER regulations outline what companies must do to prepare for an emergency. The CER makes sure that a company can respond effectively by evaluating emergency response exercises, reviewing emergency management programs, conducting emergency management inspections, and by reviewing company Emergency Procedures Manuals. When companies do not meet requirements, the CER has the authority to take action to bring the company back into compliance so they are operating safely. We have a number of enforcement actions and tools available.

More information on the CER’s oversight of the expansion project can be found on our website.