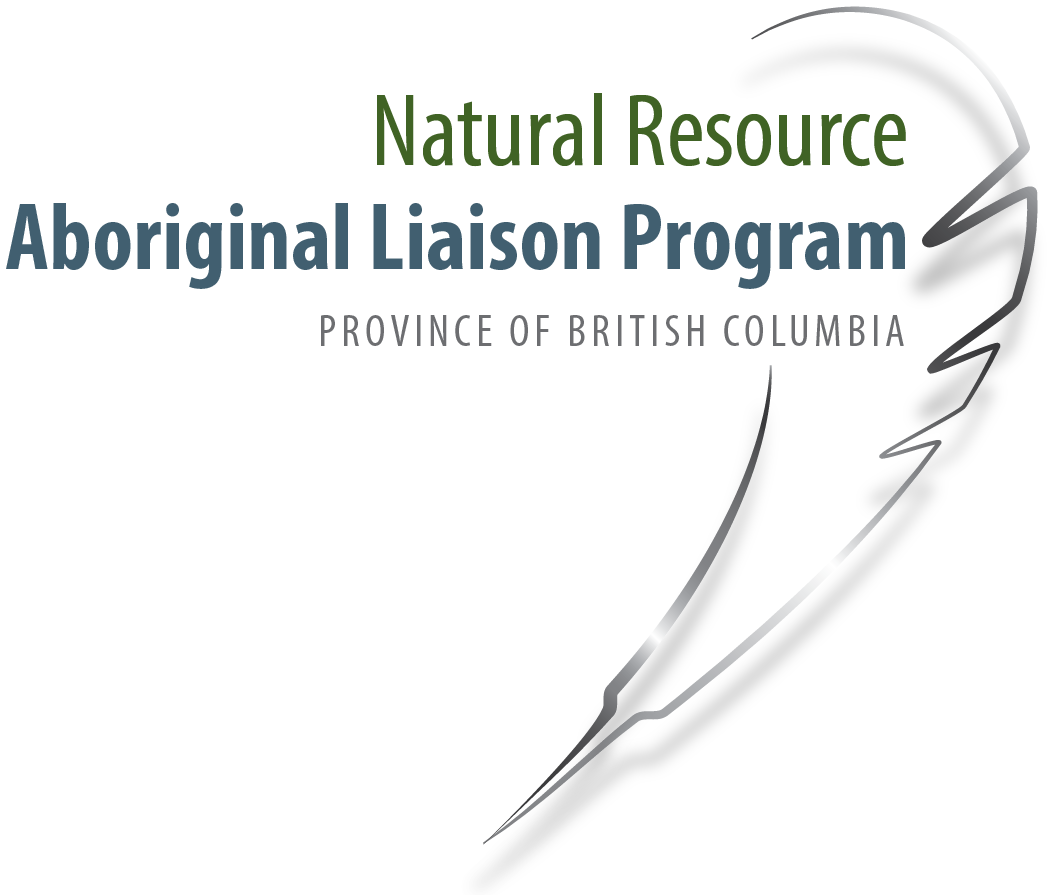 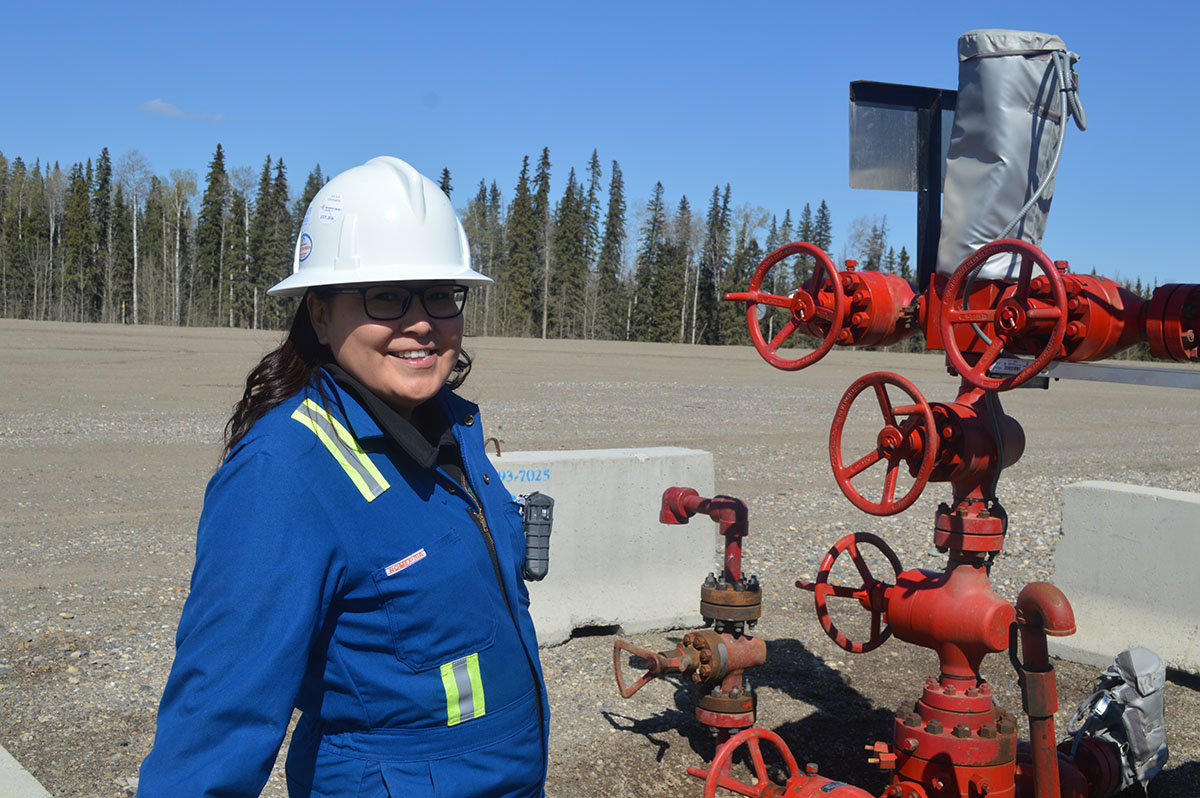 Lori Lineham, Oil and Gas Liaison for Doig River First Nation. Lori attends weekly inspections with BCOGC inspection staff and is also the most senior member of all Liaisons supporting the ALP. Lori started her role as a Liaison with the ALP in 2015.

The ALP began in 2014 as a partnership between Doig River First Nation and the BC Oil and Gas Commission (BCOGC). Since then, the ALP has grown to include 10 government agencies in British Columbia and 12 Indigenous liaison positions representing 15 First Nations in northern B.C. The ALP and its participants are supported by the BC Oil and Gas Research and Innovation Society.

“The CER’s participation in the ALP is another way we can collaborate with Indigenous communities to ensure Canada’s federally regulated pipelines are safe, the environment is protected, and Indigenous rights are recognized and respected,” said CER Chief Executive Officer Gitane De Silva.

“Being part of this well-established program in Northern B.C. will further our awareness and understanding of the traditional and cultural worldviews of these communities by honouring their expertise in traditional land use, sacred sites, and historical knowledge.”

The Liaison positions are hired by Indigenous communities participating in the ALP. They take part in training to increase their knowledge and understanding of northeastern B.C.’s resource development activities and impacts. Liaisons, as employees of their First Nation, will have their own knowledge and may share community knowledge with participating natural resource agencies and regulators, including the BCOGC and CER.

“As an ALP Liaison, I have worked with a lot of government agencies to build my knowledge and understanding of development activities and impacts, as well as inform community members with objective, reliable information,” says Lori Lineham, a member of the Doig River First Nation and a Liaison since 2015.

“I love working with agency staff to help them understand First Nation’s values and traditional ecological knowledge, and to learn firsthand about my culture and community. Building relationships between First Nations and all Government agencies is important, and I am looking forward to working with the CER and their staff to learn and share knowledge and experiences.”

The northeastern B.C. region is one of Canada’s most active natural gas producing regions. The majority of B.C.’s natural gas production currently comes from the Montney formation and is where virtually all new drilling in the province is occurring. The related pipelines and infrastructure to move this resource to markets is regulated by the BCOGC, the CER, and sometimes the Alberta Energy Regulator when B.C. gas is processed in Alberta. 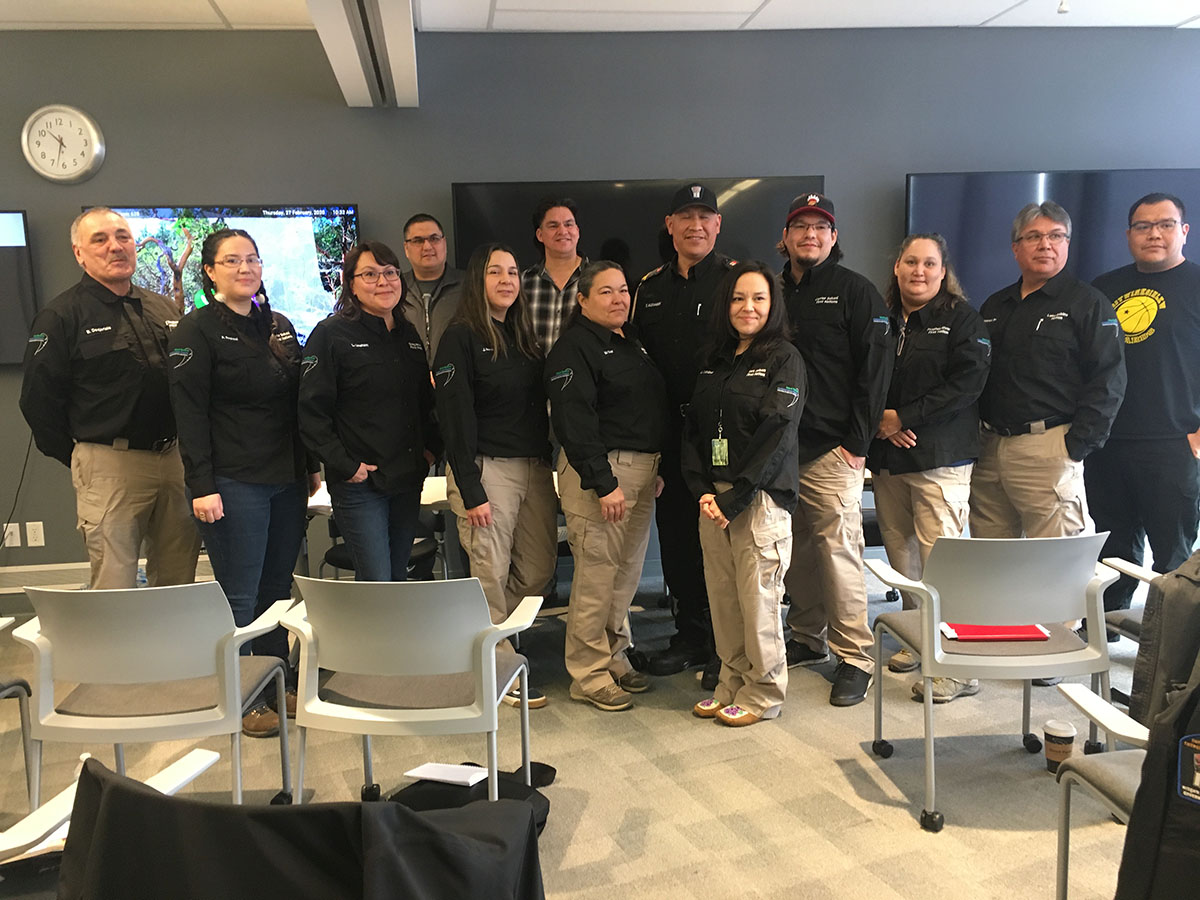 Did you know Liaisons participating in the Aboriginal Liaison Program have uniforms to help identify their role working in the field, providing office support within communities and working with Agency representatives? In February 2020, Liaisons revealed these uniforms at the Semi Annual Liaison meeting hosted by the BCOGC at their head office in Victoria.

“This agreement helps build the Aboriginal Liaison Program and expands our ability to develop meaningful relationships between the CER, Indigenous communities participating in the ALP, and provincial agencies. I am pleased to welcome the Canada Energy Regulator to the ALP and look forward in working together to further enhance the program,” said Jacques Corstanje, Executive Director, Northwest Operations, BC Oil and Gas Commission.

Partnerships like this help the CER become a better regulator. Together, the CER and ALP Liaisons will co-develop a plan to build capacity and knowledge of the CER in participating Indigenous communities. CER staff will learn about the unique cultural knowledge and histories of Indigenous peoples in northeastern B.C., while in return hoping to provide Liaisons with objective, reliable and sound information on the CER’s regulatory role in the area.

The CER is committed to the ongoing process of Reconciliation, building a new relationship with Indigenous Peoples based on recognition of rights, respect, cooperation and partnership. The CER will use the learnings and experience from this partnership with the ALP to shape and inform our work in future. The CER will work hard to earn the confidence of the Indigenous communities participating in the ALP. The CER’s participation in the ALP is separate from other ongoing Indigenous partnerships in B.C., such as the Indigenous Advisory and Monitoring Committee for the Trans Mountain pipeline and expansion project.

The CER has begun a journey to transform the way we work with Indigenous peoples throughout Canada and is committed to meaningfully involve them in our work to improve regulatory outcomes for all Canadians.

More information on the Aboriginal Liaison Program can be found on the BCOGC website.