Residential gas bills vary across Canada. Generally, bills have similar components although they may use different names. The different components recover different costs of supplying natural gas to homes. Some charges are the same for every household no matter how much gas they use. Other charges depend on the amount of natural gas used. Gas bill components usually fit into four categories: commodity price, carbon price (in B.C., Alberta, Ontario, and Quebec), variable charges, and fixed charges.

Regulated rates are prices approved by a provincial regulator on a periodic basis. This price is based on a forecast of wholesale gas prices. Gas providers selling gas at regulated rates usually do not earn profits on the commodity price. 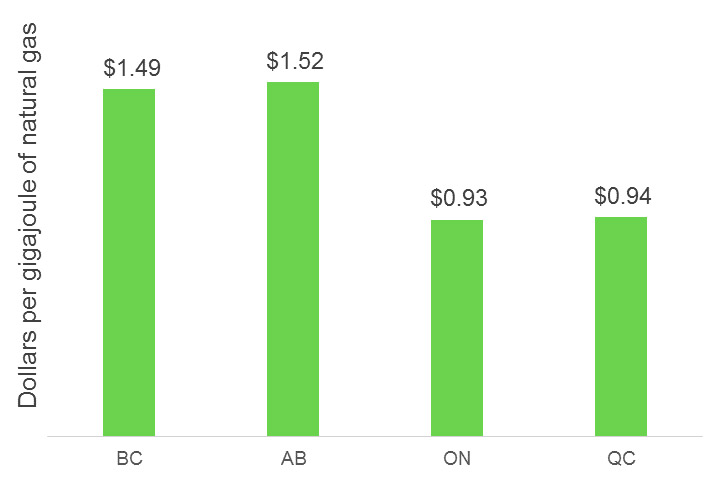 Variable charges collect revenue for costs that depend directly on the amount of gas used. The amount of gas that customers use determines the amount of gas that needs to be moved to their homes. Moving gas is costly. Transportation costs are broken down into transmission costs and distribution costs. Transmission is moving gas from wholesale natural gas markets to a distribution system, for example across one or more provinces. Distribution is delivering gas over shorter distances to individual homes or businesses, for example within a city. Compressor stations pressurize the gas within pipelines to move it. Moving more gas requires more compression, and compressors burn gas to operate. The farther distance and the more volume of gas that is moved, the more gas is burnt for compression.

The cost of storage also depends on the amount of gas used. Gas storage involves keeping an inventory of gas for later use. Natural gas demand is highly seasonal in Canada because of high heating demand in winter and much lower heating demand in the spring, summer, and fall. To ensure a reliable supply of gas in winter, gas providers often buy extra gas in warmer months and store it so it is available in colder months. This helps ensure that gas is available to customers whenever they need it.

The role of the regulator and the utility providers 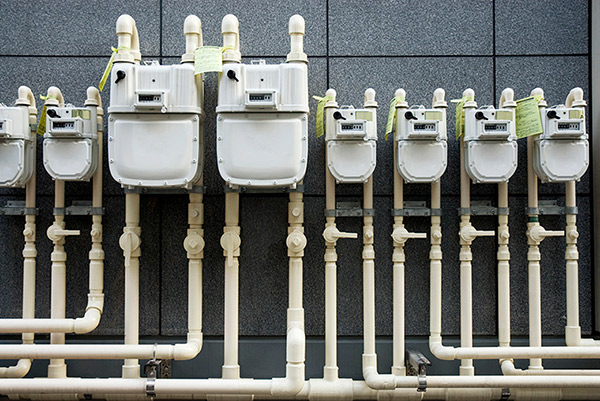 Reliable natural gas supply is, in many contexts, an essential service. In cold climates, interruptions to natural gas service can endanger the lives and property of people that rely on it to heat their homes. To ensure reliable and fair natural gas service, provincial regulators oversee the way natural gas providers operate.

Natural gas providers sell natural gas service to customers and arrange for gas to be delivered to their homes. Local distribution companies (LDC) own and operate distribution systems. Retailers sell service to customers but don’t necessarily own the pipelines used. A retailer may contract with a separate LDC to use that LDC’s pipelines or may be part of the same company as the LDC. Sometimes a Crown corporation acts as both retailer and LDC.

Pipelines are typically natural monopolies. This means it is cheaper to have one pipeline system service a region than to have many competing, redundant systems. Because distribution systems are made up of pipelines, an LDC tends to have franchise rights in a particular region. This gives the LDC the rights to do business, and own and operate the distribution system in a region with no competition. To make sure the LDC offers reliable service at a fair price, it must follow rules set by provincial regulators.

Regulators ensure customers pay a fair price for services while the LDCs and retailers earns a reasonable return. Provincial regulators can dictate the way natural gas providers operate. Regulators approve how much a natural gas provider can charge, and what it can charge for. The regulators also make sure that any new pipelines and infrastructure a utility builds will benefit the public. Additionally, regulators ensure that retailers can fairly contract with the LDC that owns the local franchise and the pipeline system to deliver gas.

Different greenhouse gases have the potential to warm the earth by different amounts. GHG emissions are expressed in CO2 equivalent, based on different gas’s Global Warming Potential. CO2 equivalent is a normalized measure of the impact of different GHGs.

Effective July 3, 2018, Ontario has revoked its cap-and-trade regulation, prohibiting all trading of emission allowances. This will lead to changes to the cap-and-trade related charges (the carbon price charge) on Ontario natural gas bills.

The distribution system is the network of smaller pipes that delivers gas to individual homes.