In 2017, nuclear energy was used in 30 countries around the world. Approximately 400 nuclear reactors are currently operating, producing nearly 11% of the world’s electricity. The reliance on nuclear as part of the generation mix varies from country to country, making up anywhere between 2% and 72% of total generation. France, the Ukraine, and Slovakia are most reliant on nuclear to generate their electricity, with nuclear making up 72%, 55% and 54% of their respective generation mixes. In Canada, nuclear generated 15% of total electricity in 2016.  It also generated 4% of total nuclear electricity worldwide. This ranks Canada as the sixth largest generator, behind the United States (U.S.), France, China, Russia, and South Korea, which together generated 70% of the world’s nuclear electricity in 2016. (Figure 3) 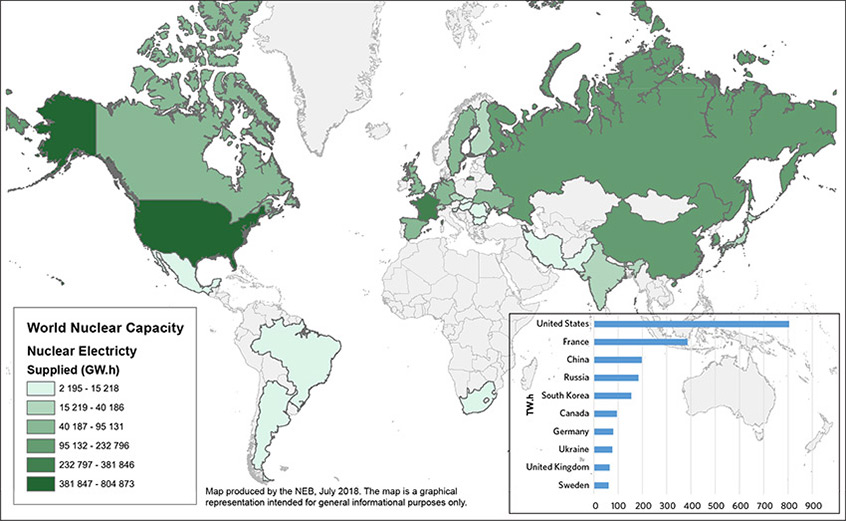 The overall decrease in new construction is due, in part, to cost. Nuclear reactors are expensive to build, and today most are built with a large capacity in order to take advantage of economies of scale. Of the 53 nuclear power reactors under construction worldwide as of January 2018, 41 have a capacity greater than 1 000 MW.