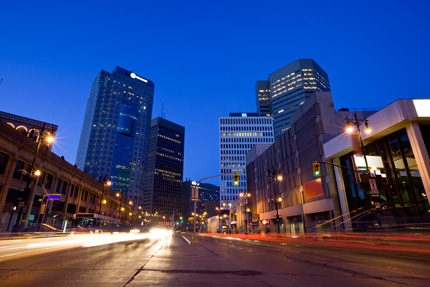 Electricity in Manitoba is generated almost entirely from renewable sources. Given Manitoba’s rich abundant hydro resources, hydroelectricity accounts for the vast majority of capacity; wind has grown considerably in the last decade, from 20 to 258 MW.

Most electricity in Manitoba is procured through Manitoba Hydro, a Crown corporation and the province’s major energy utility. Manitoba Hydro determines future electricity requirements and is responsible for the design, construction, and operation of hydro facilities. Wind and biomass facilities are operated by independent power producers.

Manitoba has 15 major hydroelectric generating stations, the largest of which are located along the Nelson River. The increase in hydro capacity in 2015 is attributed to the new 200 MW Wuskwatim Project that was placed in service in 2012. In addition, the 695 MW Keeyask Project is under construction and is expected to come online in 2019.

Between 2005 and 2015, over 200 MW of wind power was added to Manitoba’s supply. Favourable wind resources and recent grid upgrades would allow for further increases.

Manitoba generates almost 100% renewable electricity. However, the province’s power sector could further reduce global GHG emissions by increasing clean energy exports into neighbouring provinces and states dominated by coal and natural gas-fired generation. In 2015, Manitoba Hydro’s exports reduced net global GHG emissions by approximately 7.5 million tonnes of CO2. Energy conservation and construction of new hydro capacity will increase the amount of electricity available for sale. The province is also improving electricity transmission infrastructure by adding a new 500 kV line in 2020 to improve reliability and facilitate up to 883 MW in increased exports to the US Mid-West. Manitoba Hydro is also planning on building a new 230 kV transmission line to Saskatchewan in the same time frame, increasing exports by 100 MW.

In 2012, Manitoba implemented an emissions tax on coal and petroleum coke, both of which will be banned in 2017. Revenues from the tax are used for the Biomass Energy Support Program which helps former coal users transition to local, renewable energy sources.

Manitoba plans to reduce GHGs by one third by 2030, and one half by 2050 compared to 2005 levels. This was put forth in Manitoba’s Climate Change and Green Economy Action Plan, released in December 2015. The province aims to be carbon-neutral by 2080. The plan is an update and expansion of earlier strategies (Clean Energy Strategy 2012, Tomorrow Now 2014) and considers a cap and trade program for large emitters. Details have not yet been finalized, but the intent is to join Quebec, California and Ontario in the Western Climate Initiative. 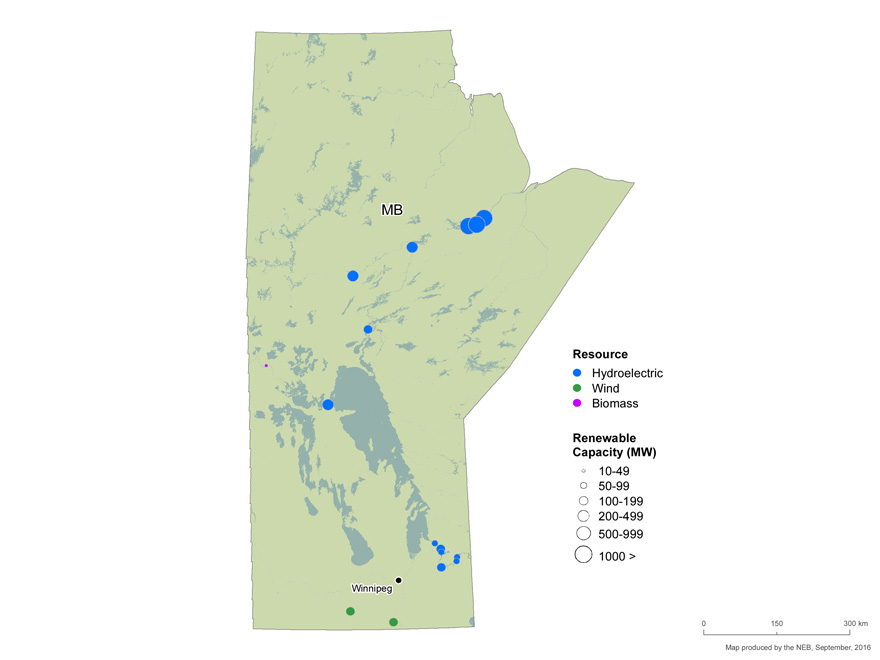 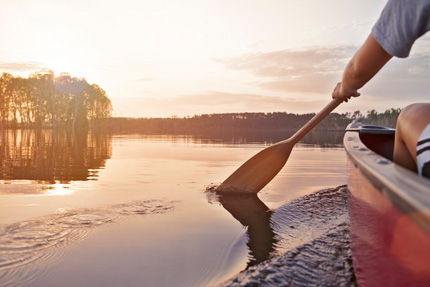