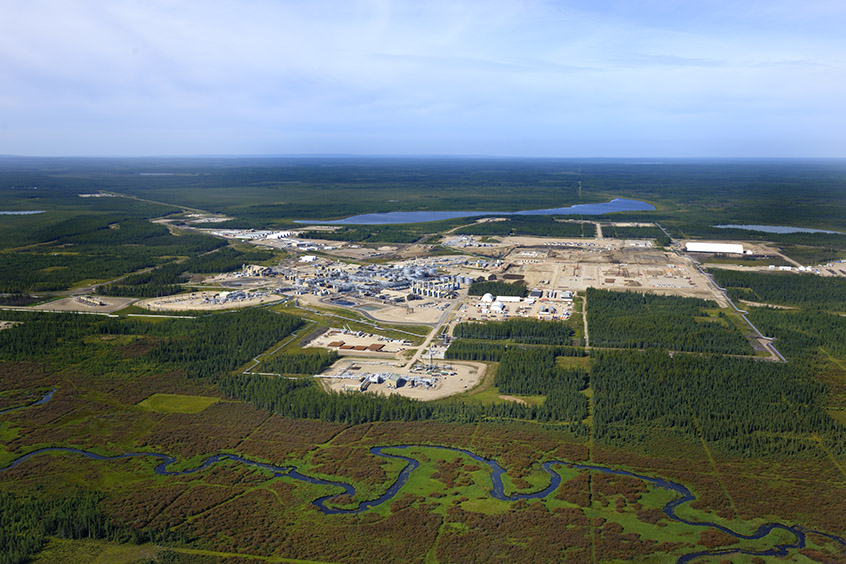 Future oil prices are a key driver of future oil production and a key uncertainty to the projections in the Canada’s Energy Future 2017: Energy Supply and Demand Projections to 2040 (EF2017). Crude oil prices could be higher or lower depending on demand, technology, geopolitical events, and the pace at which nations enact policies to reduce GHG emissions.

EF analysis assumes that over the long term all energy produced, given the pricing conditions of the case, will find markets and infrastructure will be built as needed to move that energy to markets. The timing and extent to which particular markets emerge, whether demand growth over/undershoots local production, whether export/import opportunities arise, and whether new infrastructure for crude oil is built, are difficult to predict. This is why simplifying assumptions are made. The analysis in this supplemental report continues the EF tradition of assuming these short-term disconnects are resolved over the longer term.

Alberta’s oil sands will be responsible for the majority of crude oil production growth in Canada through 2040 in all six cases, with nearly all of that growth because of increasing in situFootnote 1 production. This supplemental report provides additional analysis of the Reference Case as well as data and results from all six cases. Differences in the production forecasts between the cases are attributable to differences in oil price assumptions and the application of new technologies related to in situ development.

The Appendix includes a description of the methods and assumptions used to derive the production projections, and numerous detailed data sets for all cases. These include; average annual steam to oil ratios (SOR), natural gas usage, solvent requirements, monthly production by oil sands region, method of extraction and whether the production is from existing, expansion or new projects. The Appendix , data from the Appendix [EXCEL 141 KB], and Chart data [EXCEL 11159 KB] are available. 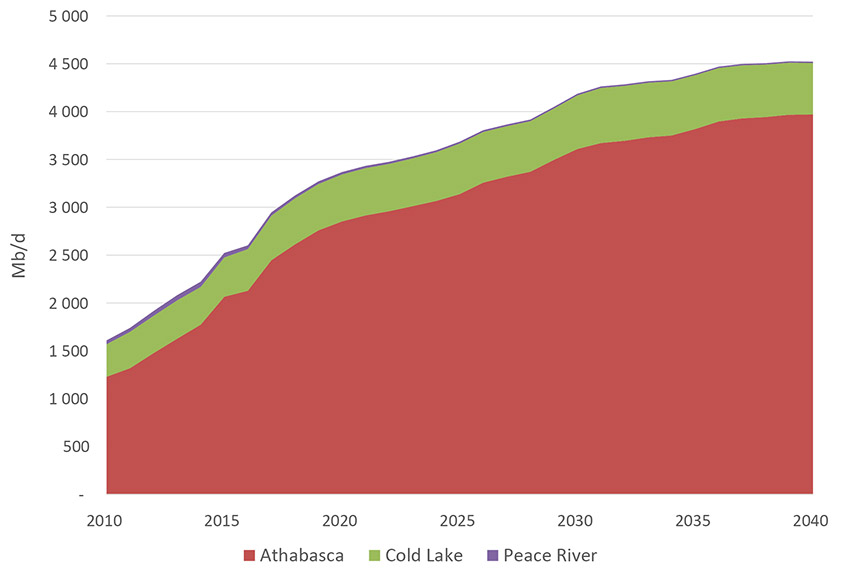 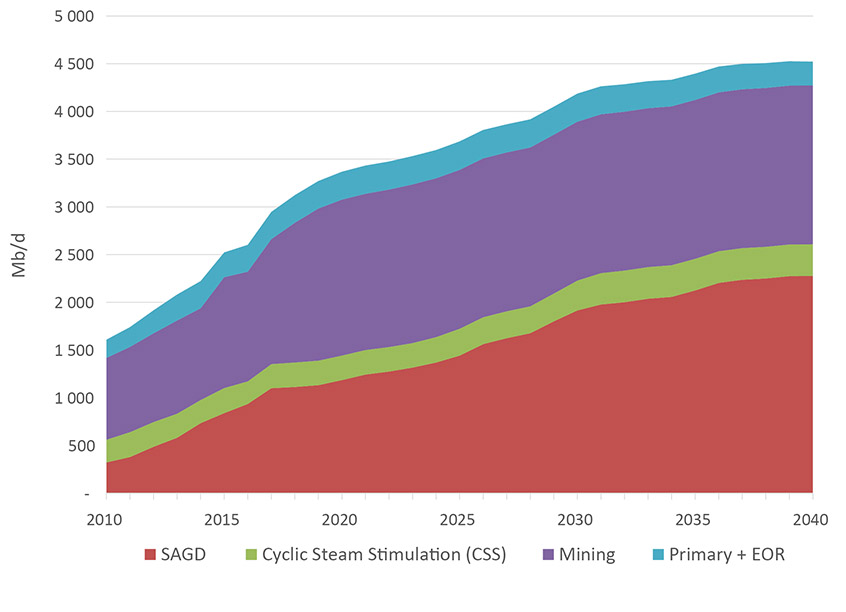 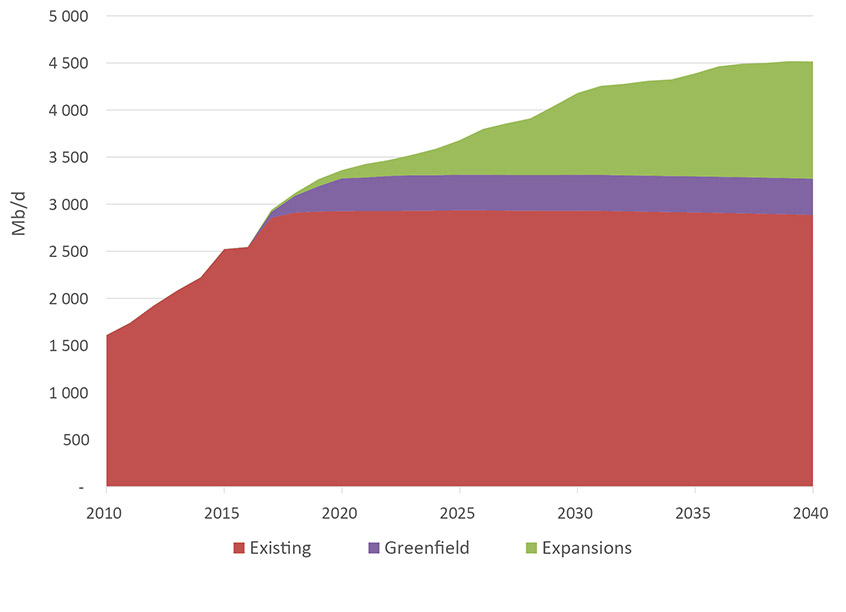 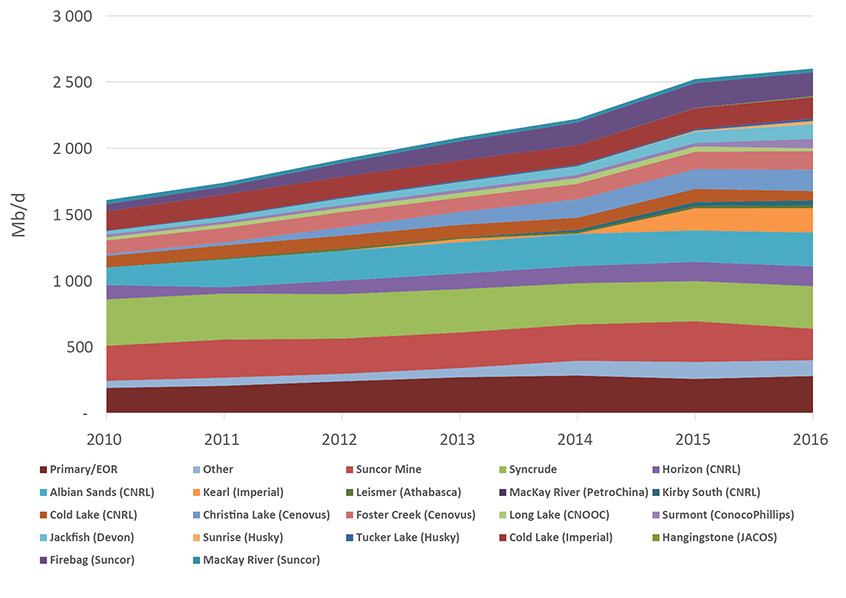 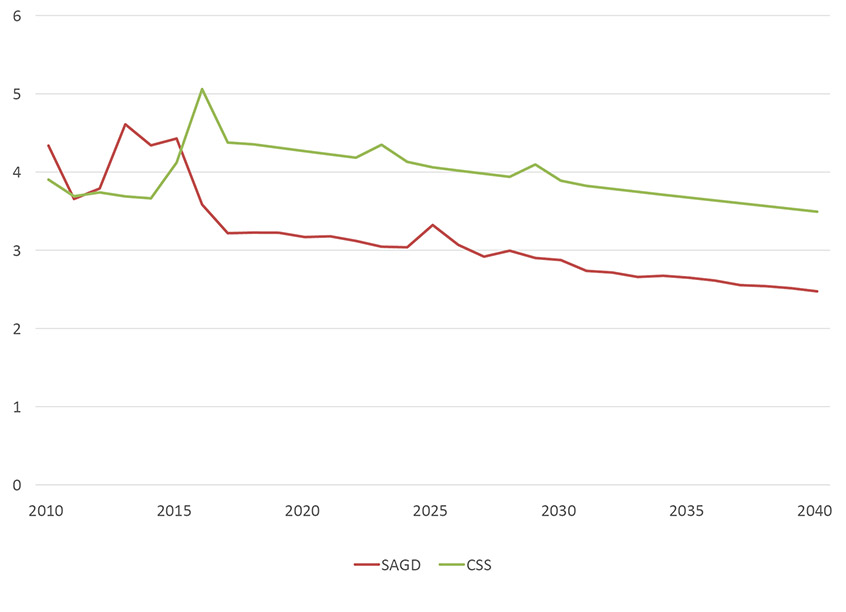 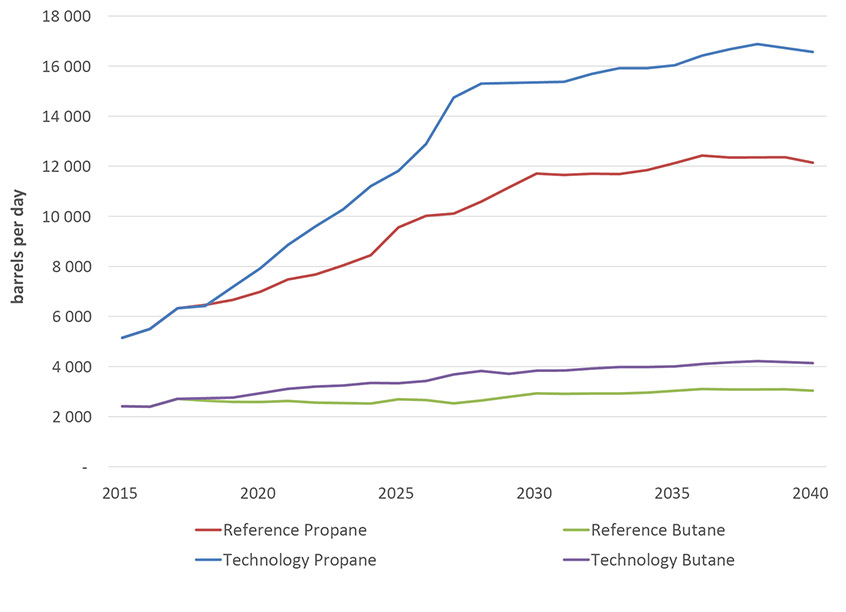 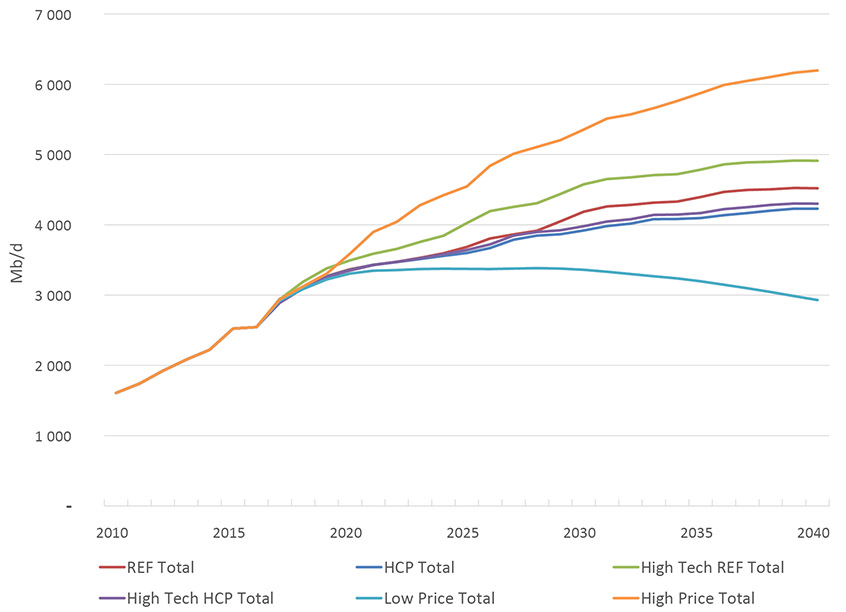 When bitumen is recovered through wells, generally because the reservoir is too deep to permit surface mining. In situ typically uses steam or solvents such as propane or butane to reduce the bitumen’s viscosity so that it can be recovered.

SAGD uses pairs of horizontal wells to produce bitumen in the oil sands. Steam is injected into an upper well to heat the bitumen, which then drains by gravity into a lower well and is pumped to the surface.