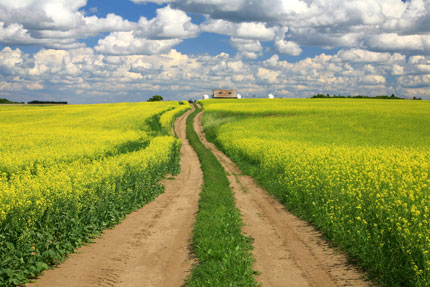 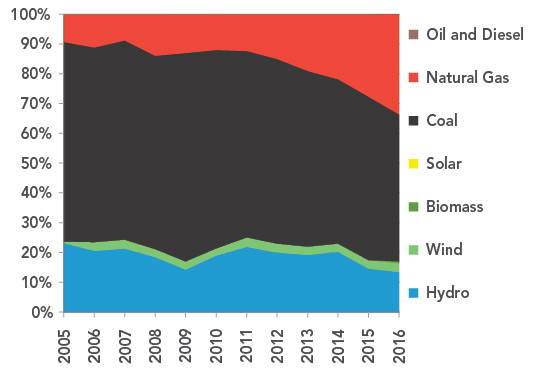 Fossil fuels are the primary source of Saskatchewan’s electricity due to a relative abundance of coal and natural gas. Coal remains the largest source of generation, but declined from 67.0% to 49.3% between 2005 and 2016. Natural gas generation increased more than four-fold over the same period, due to both lower natural gas prices and a shift towards less GHG–intensive generation.

From 2005 to 2016, hydro generation in Saskatchewan fluctuated between 23.2% and 13.4% of total electricity generation. These fluctuations were primarily due to varying annual precipitation and corresponding river flow levels.

Wind, the only non-hydro renewable in Saskatchewan, grew from 0.5% to 3.0% between 2005 and 2016. Saskatchewan is one of the sunniest provinces in Canada; however, they have no utility-scale solar facilities as of 2016.