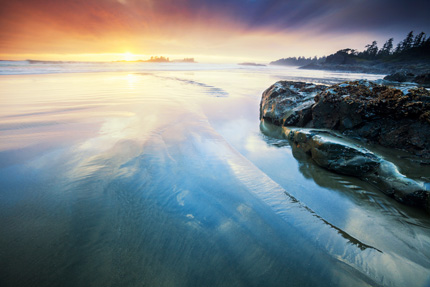 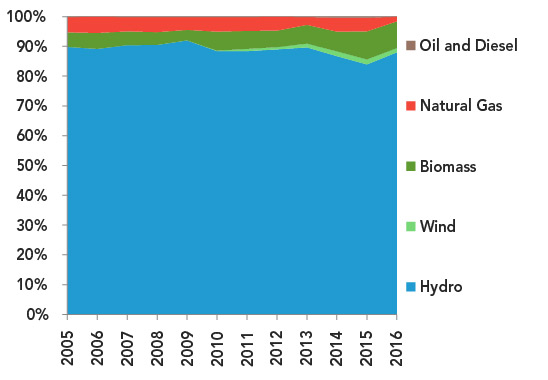 B.C.’s natural geography and public policies have contributed to the establishment of hydro as the province’s largest source of electricity. In 2016, over 30 BC Hydro facilities, and over 70 independently-owned hydro facilities, some over 100 years old, generated 88.0% of B.C.’s electricity. Biomass was the second largest source of electricity, mainly consuming wood waste from the forestry, and pulp and paper industries. Biomass generated 6 727 GW.h, or 9.0% of generation, in 2016. This is the highest biomass share of any province or territory.

Total renewable generation grew in relative share due to a significant decrease in natural gas generation, from 3 305 GW.h in 2015 to 1 115 GW.h in 2016, and an increase in hydro generation. Natural gas accounted for only 1.5% of total generation in 2016, down from a ten year average of 4.4%.

B.C. added an estimated 680 MW of hydro capacity in 2016. Major sources of this addition include the Waneta Expansion, the Mica Unit 6 Project, and the new McLymont Creek hydro facility.

Natural gas capacity decreased by over 900 MW, due to the retirement of the Burrard Thermal Generating Station.