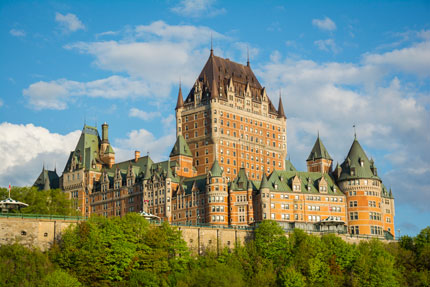 Quebec generates virtually all its electricity from renewable sources, mainly hydroelectricity supplemented by wind and small amounts of biomass.

Hydro-Québec, a Crown corporation, generates, transmits, and distributes most of the electricity in the province. The utility is Canada’s largest electricity producer and is among the world’s largest hydropower producers. Several thermal and hydro power plants, as well as all the existing wind farms in the province are owned and operated by independent power producers.

Hydro-Québec has added over 3 000 MW of hydro capacity since 2005 from reservoir and run-of-river facilities. Major additions include two hydroelectric facilities on the Eastmain river in northern Quebec (1 248 MW) and two units at the La Romaine complex on the Côte-Nord. Two more units at La Romaine (640 MW) are currently under construction.

Most wind projects in the province were built as a result of four RFPs conducted between 2003 and 2013. In December 2015, the government established a partnership with Hydro-Québec and the Innu nation to build a 200 MW wind project. With that initiative, the total capacity of wind projects operating, under construction, or under development approaches the 4 000 MW target set in the Energy Strategy for 2006 to 2015.

In 2012, Quebec committed to reducing GHG emissions 20% below 1990 levels by 2020. The total reduction of GHG emissions achieved through implementation of this 2013-2020 Climate Change Action Plan amounted to 3 million tonnes of CO2 equivalent in 2013-2014.

In 2016, Quebec unveiled The 2030 Energy Policy – Energy in Quebec: A Source of Growth. The new policy sets targets to promote energy efficiency, increase the use of renewable resources and lower consumption of fossil fuels by 2030, reducing GHG emissions by 16 million tonnes of CO2 equivalent.

The policy confirms the government’s support for renewable power sources. Small hydroelectric projects are expected to serve as sources of economic development for local and indigenous communities. Residual forest biomass can be used as fuel in cogeneration power plants or turned into biogas to generate renewable electricity in remote communities. Similarly, wind could be used as an alternate solution to fossil energies in northern Quebec. However, the continued development of wind energy is desirable only to the extent that the impact on consumers is limited and to the extent that any additional supply of energy is required in order to meet any fluctuations in Quebec’s annual electricity needs.

Only 0.8% of Quebec’s GHG emissions are from electricity generation. These emissions are mainly from 24 diesel-fired power plants, which supply off-the-grid power systems such as in Îles-de-la-Madeleine and northern communities. 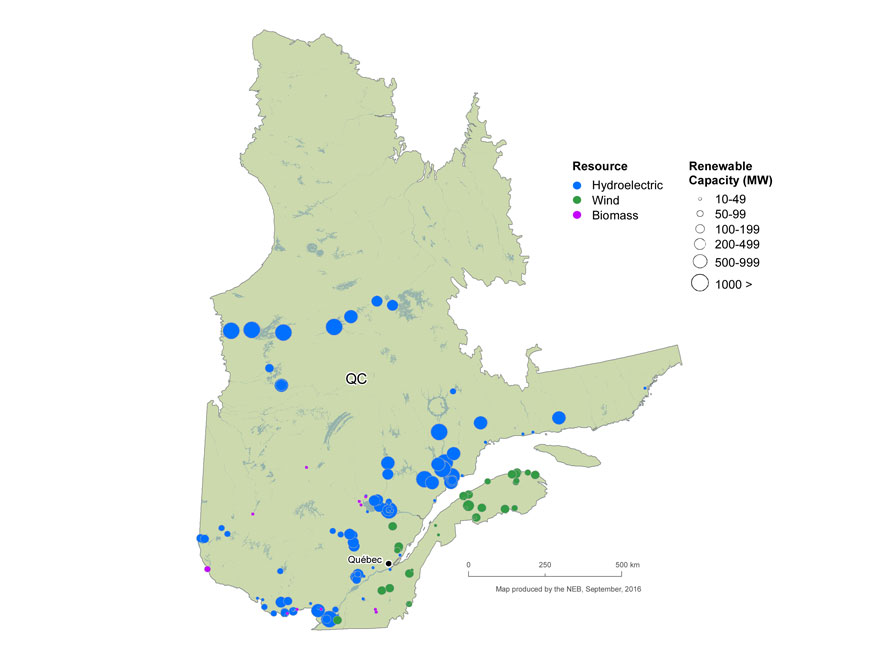 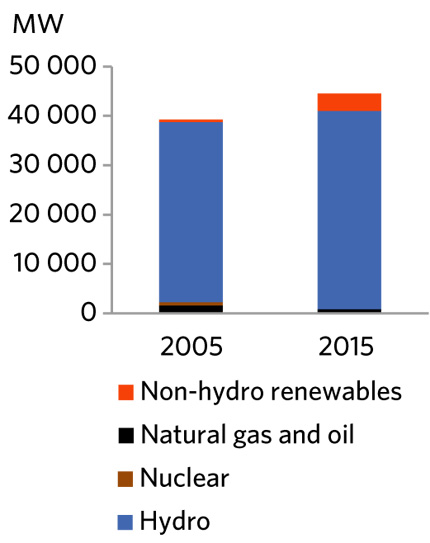 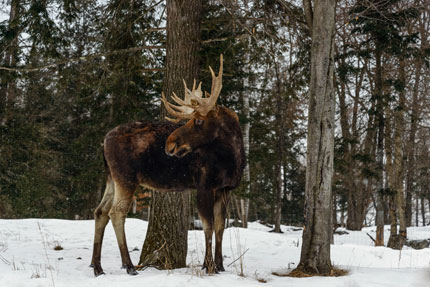