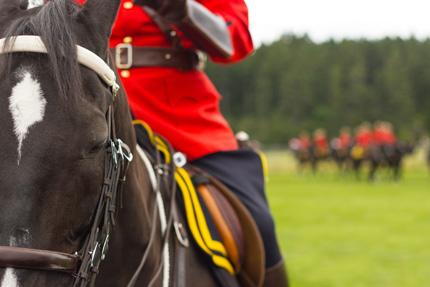 Canada’s power infrastructure took decades to build. It was designed to use an abundance of relatively inexpensive hydrocarbons and ample hydro potential. About half of Canada’s generating facilities have been operating for more than 25 years.

In 2015, Canada ranked fourth in the world in renewable power production and second in hydro production. Hydro is the dominant source of electricity in Canada, and accounts for nearly 60% of installed capacity and generation in 2015.

Power generated from all renewable sources increased from 60% to 65% of total generation from 2005 to 2015.

Ontario and Quebec account for the majority of the electricity capacity in the country. Accordingly, the policies and initiatives in these provinces have the greatest impact on Canadian totals. About 75% of wind and solar capacity added between 2005 and 2015 is located in these two provinces. In Ontario, strong support mechanisms for renewable power were developed to replace capacity lost due to the phaseout of over 6 000 MW of coal.

On a national level, coal capacity declined by 6 228 MW while natural gas capacity increased by 8 399 MW. Natural gas plants are less GHG intensive than coal; they have relatively low capital costs and construction periods, and they can be built in small increments. In addition, infrastructure to bring natural gas to generation sites already exists.

Data for the following technologies is available for each province and territory, and as an overview of Canada.

The location and approximate size of each generating facility using these technologies is shown on the map for each region. 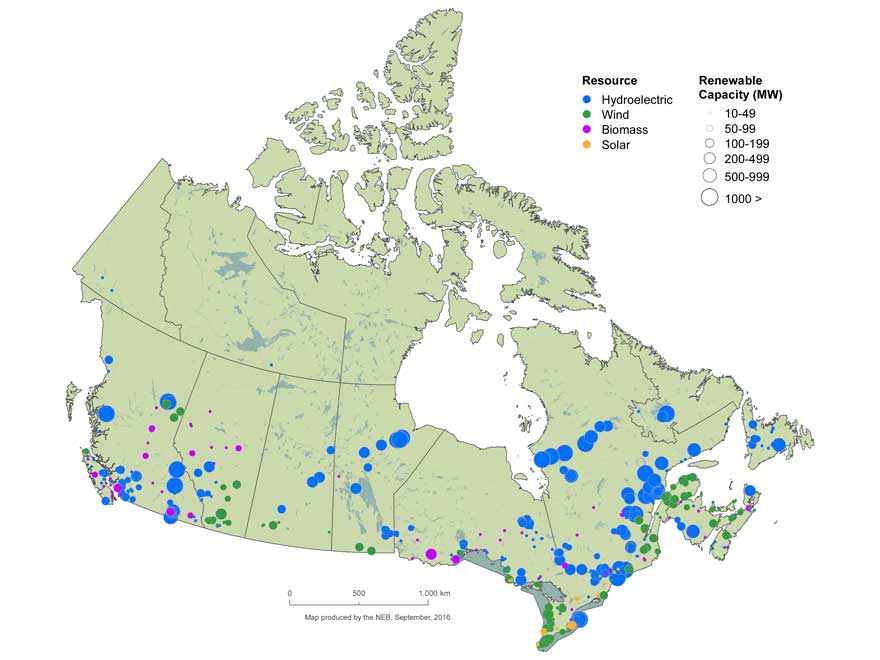 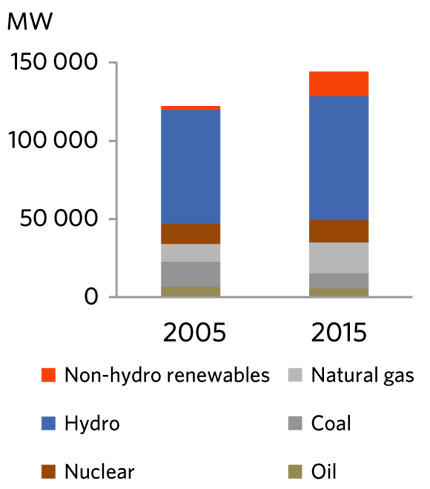 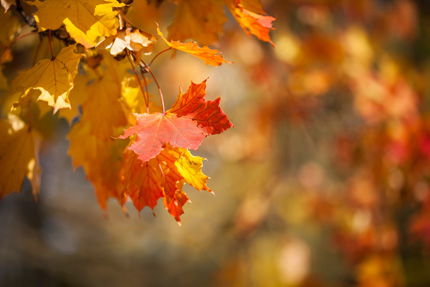