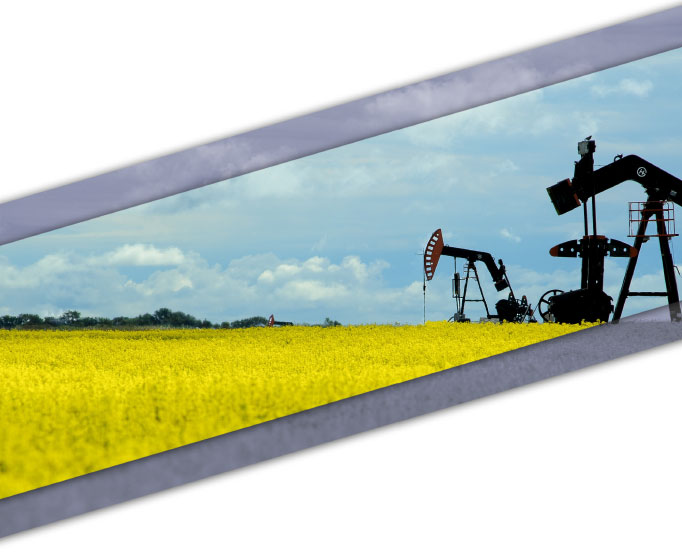 The National Energy Board is an independent federal regulator established to promote safety and security, environmental protection and economic interest within the mandate set by Parliament for the regulation of pipelines, energy development and trade. The Board's main responsibilities include regulating the construction and operation of interprovincial and international oil and natural gas pipelines, international power lines, and designated interprovincial power lines.

Saskatchewan Ministry of the Economy

Saskatchewan Ministry of the Economy was created in May 2012 to bring a sharper, more integrated approach to the province's economic growth. The ministry’s mission is to “advance economic growth to generate wealth and opportunity in Saskatchewan.”

It has three core lines of business:

The new structure brings together key economic levers – including labour market development and immigration, energy and resource management, and economic development including First Nations, Métis and northern economic development. This integration will help achieve the objectives laid out in the Saskatchewan Plan for Growth, released in October 2012.

Figure 1: Generalized map showing the location of the Bakken Formation with an outline of the study area.

The Bakken Formation in Saskatchewan (Figure 1) has been producing from conventional reservoirs since the mid-1950s. Since 2004, however, industry has shifted its focus to its unconventional tight oil, primarily because the combination of horizontal drilling and multi-stage hydraulic fracturing has made it economic to develop.

For this study, the National Energy Board and the Saskatchewan Ministry of the Economy focused on the unconventional resources contained within the siltstones and fine-grained sandstones above and below the conventional sandstone reservoir found in the middle of the formation. Both the in-place and marketable volumesFootnote 1 for oil and natural gas were assessed. This is the first publicly released study to examine the marketable, unconventional oil and natural gas potential of the Bakken Formation in Saskatchewan.

The Bakken Formation was deposited about 360 million years ago as the Upper Devonian Period was ending and the Lower Mississippian Period was beginning. It has three members. The Upper and Lower Members are black, organic-rich shales that are generally 1 to 10 m thick. The Middle Bakken Member contains siltstones and sandstones and is further divided into Unit A at its bottom, Unit B in its middle, and Unit C at its top (Figure 2).Footnote 2,Footnote 3,Footnote 4

Unit A covers about 38,000 km² and is typically 1 to 12 m thick, thinning to zero at its northern and eastern edges. It is mostly a grey to greenish grey siltstone and is characterized by abundant bioturbation (i.e., ancient burrows and tracks left by marine animals that lived in or on the old sea bed) (Figure 3).Footnote 4,Footnote 5,Footnote 6 The amount of sand increases upward in Unit A until it becomes a silty sandstone near its top.

Unit B (Figure 3) is a fine-grained sandstone only found in certain places of the project area. It is generally less than 5 m thick, but in some locations is over 14 m thick. Unit B contains conventional oil in southeast Saskatchewan where a “trap” exists to hold that oil in place. Where it is present, conventional oil in Unit B can be produced with vertical wells.

Unit C is aerially more extensive, covering about 62,000 km². It has an average thickness of 3 m and thins to zero at its northern edge.  It is recognized by laminated dolomitic siltstone and very fine grained sandstone. Bioturbation and other soft sediment deformation are very prevalent in Unit C (Figure 3). No oil well has been proven to produce solely from Unit C.

Figure 3. Units C, B and A of the Bakken Formation

Units A and C are considered to be unconventional reservoirs since they have extremely low permeability (less than one millidarcy) and require horizontally drilled wells in addition to high-energy stimulation to attain commercial oil production. Three zones were defined in units A and C for the assessment in this study:

The methods used in this study are similar to those used in the 2013 study of the unconventional petroleum resources of the Montney Formation of British Columbia and Alberta.Footnote 7 In-place volumes of oil were calculated using a standard volumetric equation where the variables were determined from map grids of geological data. This allowed the model to reflect the changing characteristics of the reservoir over its geographic extent. Statistical distributions were then applied to some of the variables in the equations after which Monte Carlo simulations estimated low, expected and high values.Footnote 8 The model outputs a set of in-place and marketable volumes for oil and natural gas on a township basis.

The three geographic assessment zones split the Bakken into six assessment groupings, each with two stratigraphic units (A and C). The ultimate recovery varies widely between each of these assessment groups and, to a large extent, reflects their differences in geology and in the possibility of finding oil that can be produced. Areas outside the Viewfield zone for example, have been less prospective so far and the estimates of their potential recoveries are lower on a per township basis than in the other zones. The ultimate recovery of these less prospective areas within the Bakken could increase over time as more exploration occurs, leading to more discoveries and a better understanding of the geological setting of the zones.

The ultimate potential for unconventional oil in the Bakken in Saskatchewan is considerable, with expected volumes of 223 million m³ (1,401 million barrels) of marketable oil (Table 1). The uncertainty in these estimates is represented by the range between the low and high estimated valuesFootnote 9.

Production from the Bakken Formation has been continuous in Saskatchewan, albeit at a smaller scale, since the mid-1950s when conventional resources were exploited. Then in 2004 unconventional oil began to receive attention and areas within the Viewfield zone were targeted. There is considerably more well data in the Viewfield zone, which in turn leads to a higher degree of confidence that the amount of oil produced by the play at the end of its productive life will be closer to the expected value (Table 2). The assessment of the Border Continuous zone and Transition zones are based on fewer well data and as such there is less certainty as to where within the range of low to high values the final production tally will fall.

Though small in comparison to the oil resource of the Bakken, the amount of dissolved natural gas within the play was also assessed. The Bakken is expected to contain 82 billion m³ (2.89 Tcf) of marketable natural gas. (Table 3)

“In-place” refers to the amount of petroleum originally in the reservoir. “Marketable resources”, as used in this report, indicate the volume of in-place petroleum that is recoverable under foreseeable technological conditions and in a condition ready to be used by the market. While it implies a sense of economic recovery, no economic assessment was performed.

BC OGC, AER, BC MNGD, NEB. The Ultimate Potential for Unconventional Petroleum from the Montney Formation of British Columbia and Alberta 2013.

A Monte Carlo simulation is a computerized process where random numbers (as determined from a statistical distribution) are picked hundreds to thousands of times to help determine a range of possibilities and to reflect uncertainty in an estimate.

The terms “low” and “high” used in this report refer to a range within which there is a reasonably high likelihood that the real in-place and eventual produced marketable volumes of oil and natural gas from the Bakken in Saskatchewan will fall. There is however, a small chance that the real in-place and produced marketable volumes could be lower than the low value or higher than the high.