Canada’s Energy Future 2016: Energy Supply and Demand Projections to 2040 provides projections of Canadian energy supply and demand to the year 2040. Canada’s Energy Future 2016 includes a baseline projection, the Reference Case, based on the current macroeconomic outlook, energy price projections, and government policies and programs that were law or near-law at the time the report was prepared. EF 2016 includes additional projections that vary assumptions on energy prices, energy markets, and infrastructure. For detailed information, please see Chapter 6 of the full report.

Natural gas production is dominated by tight gas and dependent on prices and LNG exports. 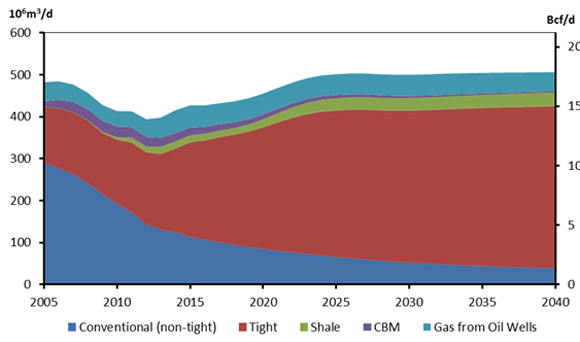 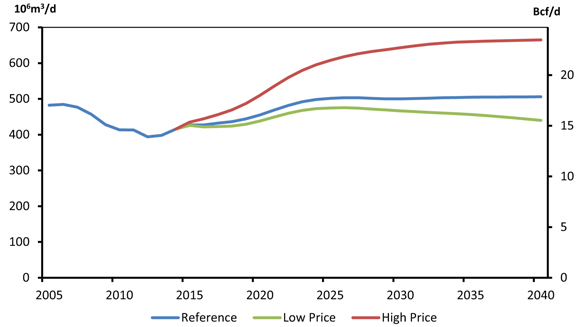