Canada's Energy Future: Energy Supply and Demand Projections to 2035 provides a "most likely" Reference Case and four sensitivity cases (based on high and low prices, and fast and slow economic growth) to 2035. The highlights below are based on the Reference Case and were selected from various sections of the report. 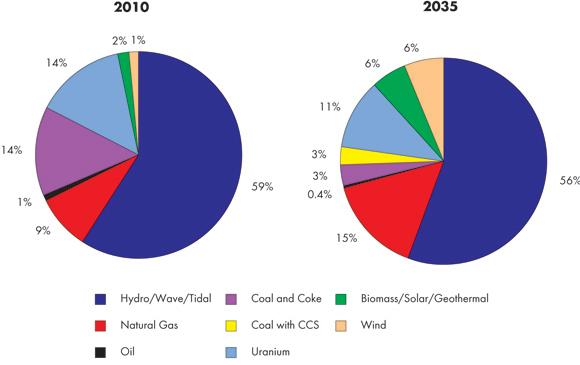 Use of renewable resources to grow

Declining use of coal