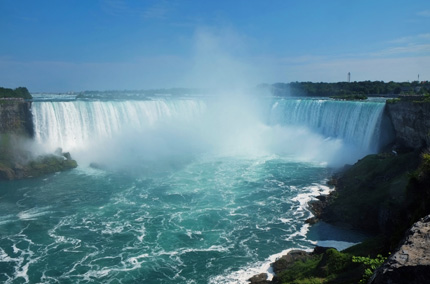 Ontario generated more than one third of its electricity from renewable sources in 2015, up from 23% in 2005. Hydroelectric generation, which accounts for most of that power, remained relatively unchanged between 2005 and 2015.

Ontario leads Canada in wind and solar capacity. In the last decade, wind capacity increased by 4 359 MW, reaching 4 374 MW in 2015. Solar capacity increased from 17 MW in 2005 to 2 119 MW in 2015. Most of the province’s solar installations are small systems connected to local distribution networks, but the first commercial transmission-connected solar farms were built in 2015.

Power generation in Ontario is publicly and privately owned. Ontario Power Generation, a provincial Crown corporation, is one of the largest electricity producers in North America. At the end of 2015, it had 17 055 MW of hydroelectric, nuclear, biomass and other thermal generating capacity.

Ontario phased out the use of coal in 2014. The Lakeview coal-fired plant was shut down in 2005, followed by Atikokan in 2012, Lambton and Nanticoke in 2013, and Thunder Bay in 2014. In 2013, The Ending Coal for Cleaner Air Act was introduced to ensure no future coal plants are built in Ontario.

Most of the growth in renewable project development has occurred within the last seven years through the FIT Program which promotes the use of renewable energy sources including on-shore wind, hydro, biomass, biogas, landfill gas, and solar PV. The FIT Program was introduced as part of the 2009 Green Energy and Economy Act and is open to projects between 10 kW and 500 kW. Projects with a capacity of 10 kW or less may qualify under the microFIT program. Both programs are administered by the Independent Electricity System Operator (IESO).

In June 2016, the combined capacity contracted through four waves of the FIT Program totaled 4 864 MW; of which 67 MW were bio-energy, 1 672 MW solar, 2 964 MW wind and 162 MW hydroelectricity. In addition, 177 MW of combined contract capacity from solar generation was in commercial operation under the microFIT Program.

The procurement of renewable projects continues. In 2016, the IESO awarded contracts for over 450 MW under the first phase of the Large Renewable Procurement program.

The 2013 Long Term Energy Plan sets a long-term conservation target of 30 TW.h by 2032 which represents a 16% reduction in forecasted electricity demand compared to what was forecast in the absence of the program. It also outlines a goal to use Demand Response to meet 10% of peak demand by 2025, equivalent to approximately 2 400 MW. Demand Response occurs when consumers reduce their electricity consumption in response to price signals and system needs, shifting demand from peak to off-peak times.

In April 2015, the Ontario government announced plans to introduce a cap and trade program by becoming part of the carbon trading market with Quebec and California. This was followed by the Climate Change Mitigation and Low-carbon Economy Act 2016 which sets targets for the reduction of GHGs and establishes the framework for Ontario’s cap and trade program. 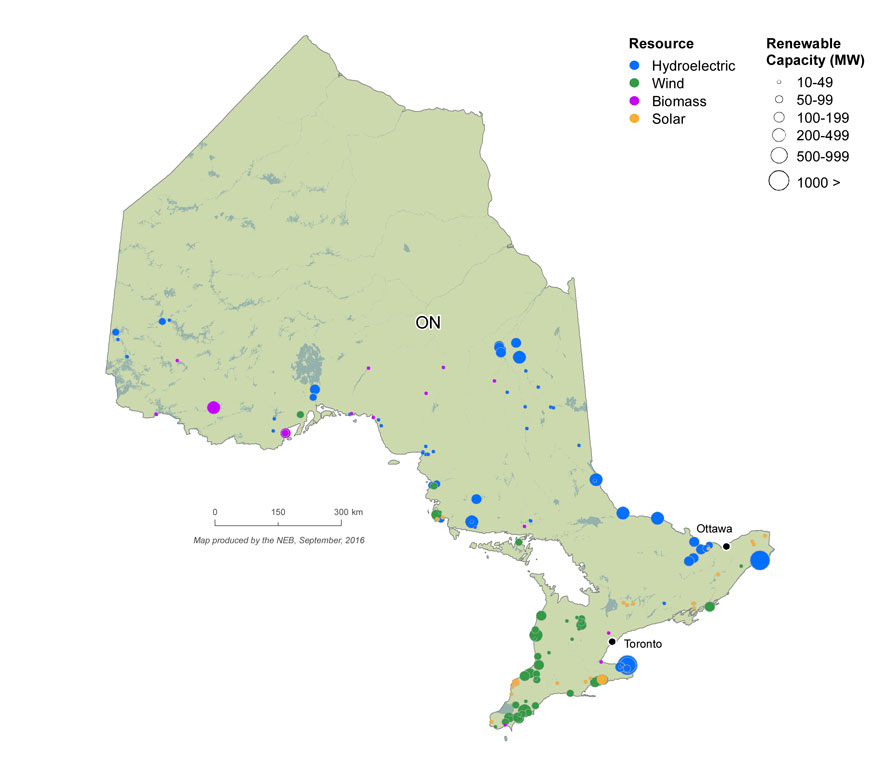 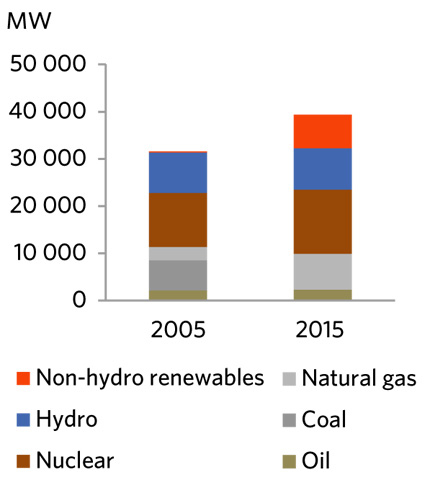 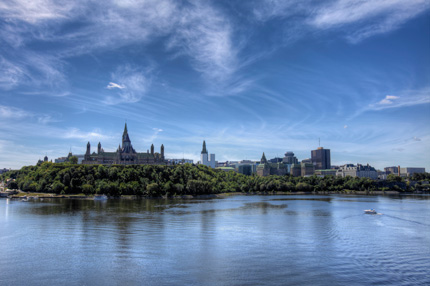