The LMG in a nutshell

The LMG is a forum for members to exchange information on the protection of the rights and interests of landowners, with the goal of achieving regulatory excellence.

Welcome to the LMG News, the e-newsletter for all members of the Land Matters Group (LMG) 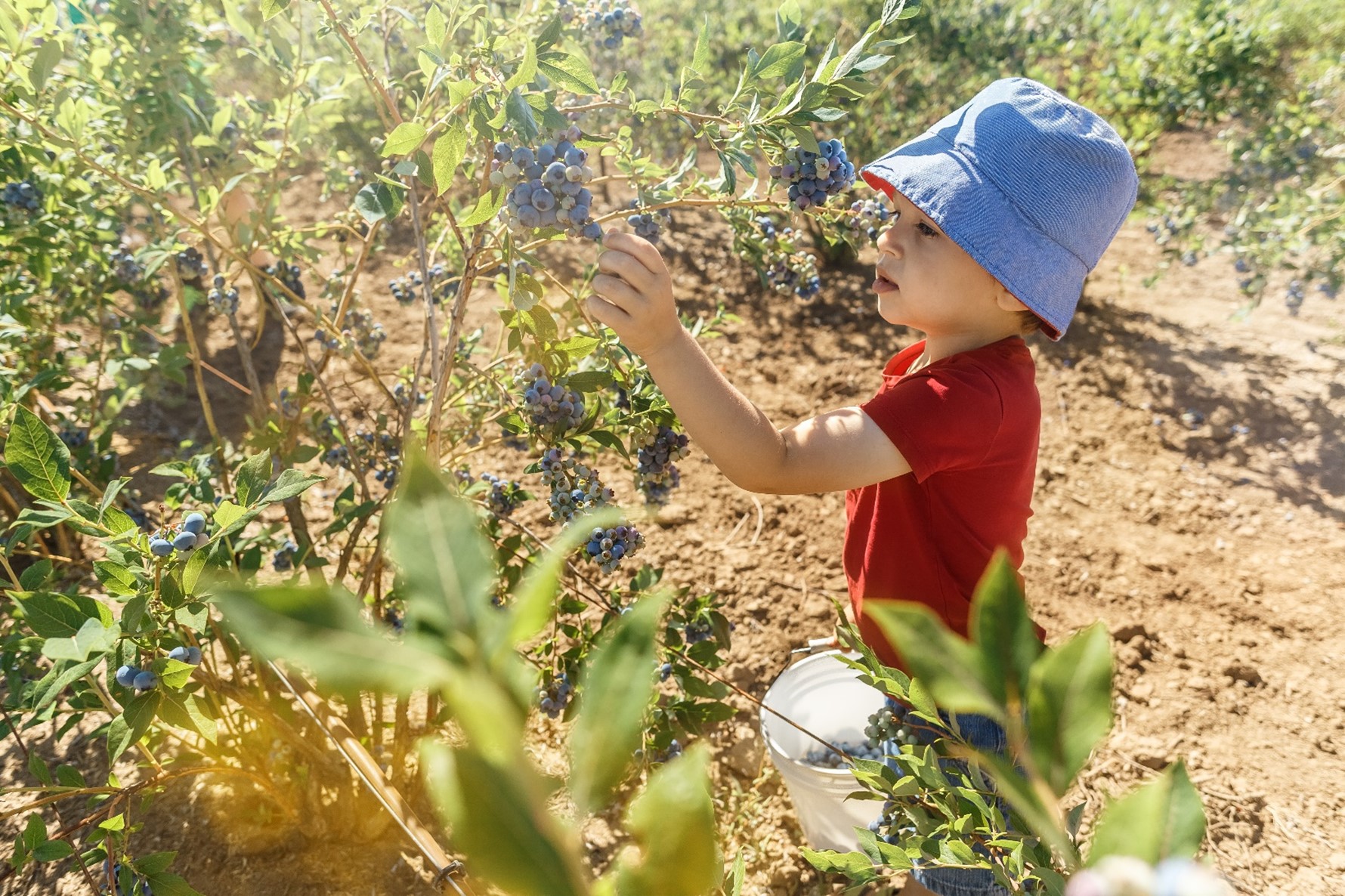 Update from the Editor’s Corner

Here we are at the tail end of the summer – the long hot summer days are a thing of the past and the fall colours will soon be upon us.

The last few months have been productive for the Land Matters Group Advisory Committee. At the meeting held in June, the members approved the addition of a new member under the landowner category. Effective immediately, the New Brunswick Federation of Woodlot Owners (the Federation) will be adding its voice by bringing a new perspective to the deliberations.

While their membership tends to be less impacted by the presence of federally regulated pipelines, their members do have to contend with a significant number of international power lines that are also regulated by the CER, which is the motivating factor underlying their interest.

The New Brunswick Federation of Woodlot Owners has been in existence since 1977.

In addition to administering and managing projects that benefit woodlot owners, the Federation also provides educational opportunities and networking services to its membership.

The Federation will be represented by David Palmer and Ron Smith. Given their position as members of the Federation’s board, they are in a unique position to share with the Advisory Committee the issues and concerns experienced by their membership.

On another note, earlier this spring the Advisory Committee struck a sub-committee that has been tasked with addressing the issue of property damage. I encourage you to scroll down and read “Property Damage, a Matter of Concern for Many”, the update provided by the sub-committee’s co-chair.

The Canada Energy Regulator (CER) and Statistics Canada have combined expertise to put together a 30-year look back at the evolution of Canadian crude oil exports. “Canadian Crude Oil Exports: A 30 Year Review” is a retrospective that highlights some of the factors that influenced the trends in Canadian crude oil exports, coupled with other key indicators, including impacts on Canadian balance of trade, crude oil production, and industry investment.

Canada’s Pipeline System – who regulates what?

Canada’s pipeline system is a network of pipelines regulated by federal, provincial, and territorial regulators. It includes more than 760 000 kilometers of pipelines that transport crude oil, natural gas, natural gas liquids, and refined petroleum products across the country. For perspective, you would need to drive from Vancouver, British Columbia to Halifax, Nova Scotia approximately 130 times to cover the same distance!

The “Market Snapshot: Canada’s Pipeline System – Who Regulates What?” is an excellent source of information.

Like most other commodities, electricity costs are also going up steadily and it’s a concern to a lot of people. For some people, it’s even more disconcerting because understanding the monthly electricity statement and what it covers is not necessarily obvious.

While the CER’s mandate is to authorize the construction and operation of international power lines and designated interprovincial lines, then who sets the price you pay for your power consumption? To find out more about your electricity bill, including how the electricity markets operate, we encourage you to read “What is in a Canadian Residential Electricity Bill?”

LMG Spotlight provides readers with more insight about the people who speak on their behalf as members of the Land Matters Group Advisory Committee (LMG AC). The members represent the views and interests of multi-stakeholder groups from across Canada, including landowners and landowner associations, advocacy groups, as well as energy companies, land professionals and government officials. 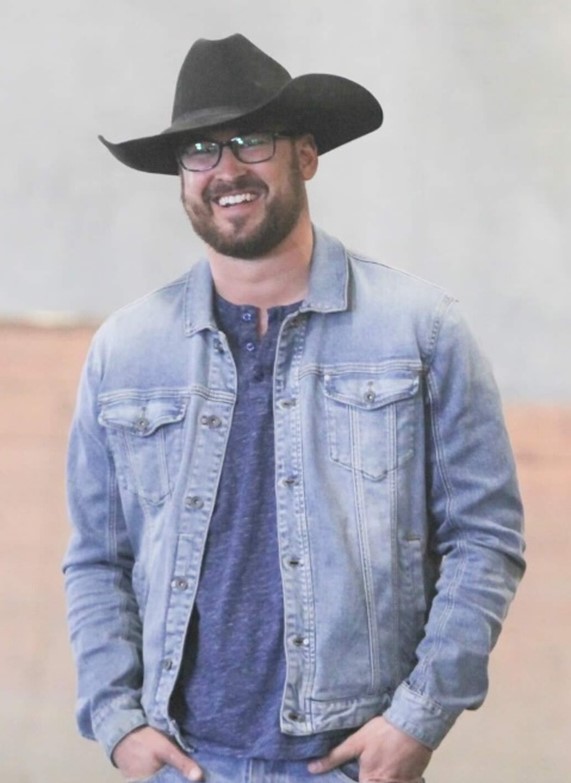 Figure 2 – Josh Vass, right as home on the land.

Josh Vass began his career in 2007 as an Alberta licensed Land Agent acquiring surface rights for natural gas wells and tie-ins in central Alberta. In 2009 he returned to his hometown of Estevan, Saskatchewan where he gained exposure to the Right of Way (RoW) industry on his first major pipeline project.

By 2012 he was back in Alberta where he has been honing his leadership skills by overseeing land teams in the areas of land acquisition, construction, and reclamation of major pipeline projects across Western Canada. To mitigate the impacts of these projects on landowners, Josh works closely with project teams to do extensive pre-planning and to strategically structure landowner engagement.

Dealing with the ever-increasing complexity of RoW projects has fueled Josh’s interest in elevating the level of professionalism in the land industry and this has led him to join the Land Agent Advisory Committee (LAAC). His role as chair of the LAAC enables him to steer discussions on how to improve standards of conduct for Alberta land agents.

In joining the LMG AC, Josh hopes to share his direct experience on past and present pipeline projects, as well as relevant initiatives from the LAAC, to inform discussion within the group. He is grateful for the reciprocal exposure to the knowledge and perspectives of the other members of the LMG AC.

Volunteering with the International Right of Way Association as treasurer for Chapter 62 was his gateway to the Land Matters Group Advisory Committee (LMG AC).

Josh is currently in the role of Vice President of Business Development & Field Services with Aurora Land Consulting Ltd., which is headquartered in Edmonton, Alberta. Josh works remotely in a small farming community an hour south of Regina, Saskatchewan in a town called Pangman where he lives a couple streets down from his parents and across the street from his brother Brian Vass, also a Land Agent. As for Josh’s wife Kayla, she runs a small online art business. In his spare time, he enjoys riding horses with their two-year old daughter and their two dogs trailing behind.

Property damage – a matter of concern for many 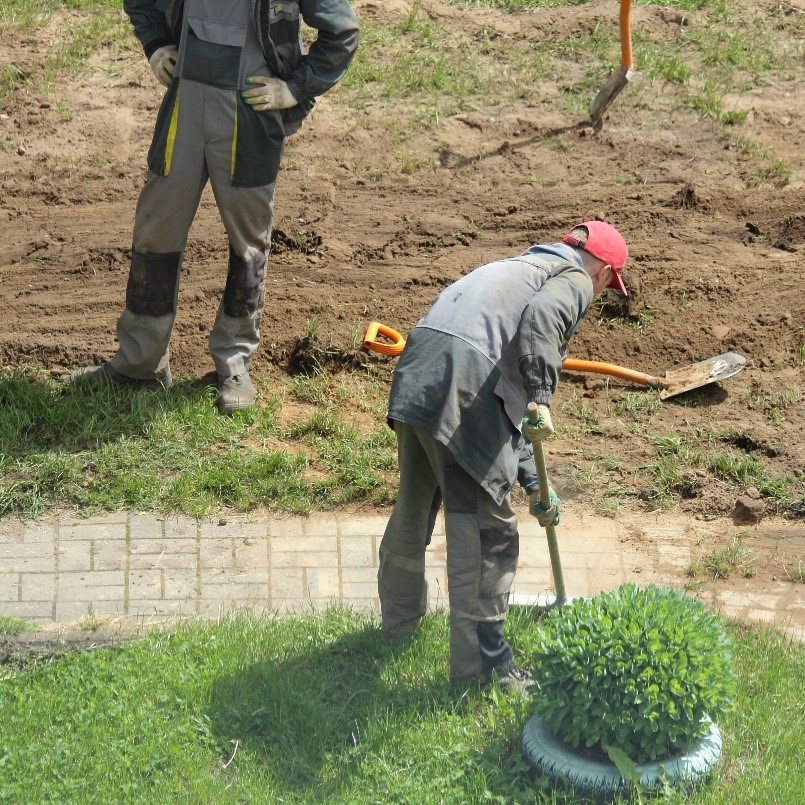 At its last quarterly meeting, the Land Matters Group Advisory Committee agreed to create a subcommittee with the mandate of addressing the issue of property damages. While the issue may not be widespread, the members recognized the need to provide a full range of easily accessible information to landowners. The project’s outcomes will be targeting all landowners, whether they are impacted or not by damages caused as a result of energy infrastructure being located on their property.

The project’s scope of work includes:

The work of the sub-committee is co-chaired by the LMG Coordinator, Carole Léger-Kubeczek and Darcy Allen, an advisory committee member representing the Farmers Advocate Office of Alberta.

At its kick-off meeting, the sub-committee members agreed to divide the project into four distinct streams, each of which will be managed by a CER subject matter lead. The streams will cover the following topics:

The subject matter leads are planning to work in collaboration with advisory committee members as the project progresses.

Project updates will be provided in upcoming issues of this newsletter.

Keeping pipelines safe – operating or not

The CER is responsible for keeping energy moving safely and efficiently through our country’s pipelines and powerlines. Companies answer to us as energy projects are planned, designed, built, operated and abandoned, and we enforce strict safety and environmental standards every step of the way. 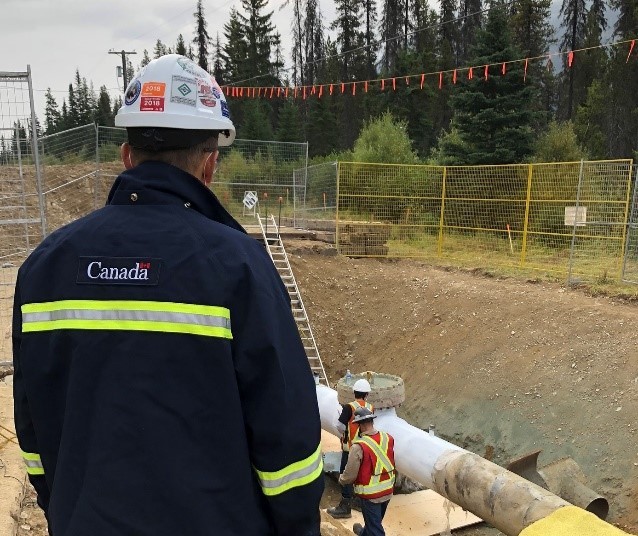 Figure 4 – A CER Inspector observes work on a section of pipe at a Trans Mountain site, near Jasper, Alberta.

When we think of safe energy infrastructure, the focus tends to be on pipelines actively transporting oil and gas products. What some may not realize is that the CER also enforces a number of regulations when a company intends to stop operating or “abandon” a pipeline.

A company may decide to take a pipeline out of service based on several factors, including when a line becomes uneconomic to maintain or operate, or if there are changes to demand on a particular route. Whether a pipeline is abandoned, decommissioned or deactivated, CER approval is required, and companies have to follow specific rules to make sure that it is done safely.

Abandonment and decommissioning: What’s the difference?

When a pipeline is abandoned, it is permanently taken out of service and product delivery is stopped. Contrary to how the term abandonment is often used, a company remains responsible for an abandoned pipeline and it continues to be regulated by the CER. Companies must apply to the CER and meet specific safety, environmental and financial requirements to take the infrastructure out of service. The company must also work with potentially affected communities and Indigenous peoples. Landowners and the public are not liable for costs to abandon a pipeline. The company pays all costs, including cleaning up the surrounding area until it is reclaimed to meet the conditions of the abandonment approval.

Decommissioning differs from abandonment in that a pipeline is shut down but product delivery continues to the same end point through a new pipeline with the same or a similar route or a different pipeline within the same system. A pipeline may be decommissioned when a section of the pipeline is no longer needed or when a new pipeline replaces another pipeline and will provide the same service. The CER’s expectations and requirements to abandon or decommission a pipeline are set out in our regulations and Filing Manual (see Guide B and Guide K, respectively). These include the steps the company must take, verified by the CER, to prevent harm to people and the environment.

So what happens when a pipeline is taken out of service temporarily, with the intention of returning it to service later? This is termed a deactivation and if the pipeline has not operated for more than one year, CER approval is required to make this operational change. The CER enforces specific regulations and guidance for deactivation. Similarly, when a company intends to reactivate a deactivated pipeline, the CER verifies and approves this work.

CER inspectors were in Jasper, AB in July 2021 to inspect one of two sections of pipeline that Trans Mountain was working on to reactivate the 150 km section between Hinton, Alta. and Hargreaves, B.C., and a 43 km segment of pipeline from Darfield to Black Pines, B.C. was also being prepared to return to service as part of the Trans Mountain Expansion Project. In approving the project [Document A98021-1] the Commission put Conditions 19 and 152 [Document C00061-3] in place specifically to address Trans Mountain’s obligations for safely reactivating these two segments of pipeline.

While onsite, CER inspectors verified how the company was completing its evaluation of the condition of the pipeline using a variety of analysis techniques often referred to as non-destructive examination.

The inspectors reviewed the company’s overall integrity excavation plan, and observed the company’s examination of pipeline welds, joints and coatings for construction defects, cracks or corrosion. Repairs are being made to the deactivated pipeline. Once finalized, the CER’s final inspection report will be published on our website.

More information about pipeline abandonment and pipeline deactivation on the CER website.

Canada’s vast federal energy network continues to evolve. As new projects are built and begin operating, and other infrastructure is taken out of service, whether temporarily or permanently, the CER’s priority is safety. Our strict regulations and oversight, regardless of a pipeline’s operational state, reflect our commitment to protecting people and the environment today, tomorrow and for generations to come.

For up-to-date information about land matters,
sign up to the LMG News: