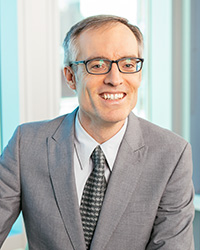 Damien A. Côté served as a temporary Member of the National Energy Board (NEB) since October 2016 (reappointed in April 2019). He has a wealth of expertise related to Indigenous and regulatory law and more than seven years of senior executive leadership. Prior to joining the organization, he worked for the Department of Justice Canada and the Public Prosecution Service of Canada, both in Iqaluit (Nunavut).He then served as the Executive Director of the Nunavut Water Board in Gjoa Haven (Nunavut), and as Chief Operating Officer of the Inuvialuit Regional Corporation in Inuvik (Northwest Territories). Prior to his appointment as Lead Commissioner, he served briefly as a Member of the Immigration and Refugee Board of Canada. Mr. Côté holds a Juris Doctor and a Licentiate of Laws from the University of Ottawa, a Master of Arts (Economics) from the University of Toronto, as well as a Bachelor of Engineering (Environmental) and a Bachelor of Arts (Economics) from Carleton University. 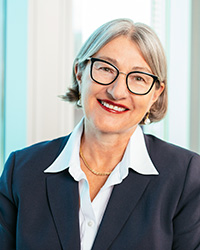 Kathy Penney was a permanent member of the Canadian Nuclear Safety Commission until her appointment as a Commissioner. She has over 25 years of regulatory, environmental, health and safety (HSE) experience in the public and private sectors. Ms. Penney has expertise in environmental assessments, HSE assurance and compliance processes, quasi-judicial and federal government project hearings, community consultation, and engagement with Indigenous peoples. Her career includes roles with Jacques Whitford, in Newfoundland and Labrador and in Western Canada, and with Royal Dutch Shell, both in Canada and in Australia. Recently she was on the Assessment Review Board for the Rocky View County. She holds a Master of Science from the University of British Columbia and a Bachelor of Science from the University of Toronto. Ms. Penney is a Pearson College scholar and holds an Executive Management Certificate from Queen’s University. 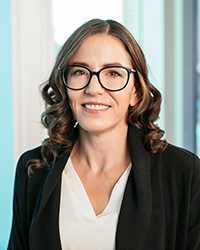 Trena Grimoldby was appointed as a Commissioner in 2019. She is a lawyer and an adjudicator. Prior to her appointment as Commissioner, she was a Public Chairperson at the Insurance Councils Appeal Board of Alberta (ICAB). She has also previously served as in-house counsel to two multi-national energy companies (Shell Canada and PETRONAS Canada), a midstream energy company (Pembina Pipelines Ltd.), the provincial oil and gas regulator in Alberta (the Alberta Energy Regulator (AER)), and in a private practice setting. She is the CER’s representative at CAMPUT (the Association of Canada’s Energy and Utility Regulators), where she is a member of the Executive Committee, Chair of the Regulatory Affairs Committee and Lead of the Women in Energy Community of Interest. She holds a Bachelor of Laws from the University of Alberta and a Bachelor of Arts with a specialization in English from the University of Alberta. 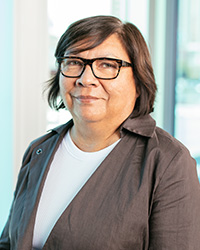 Wilma Jacknife served as a temporary member of the National Energy Board until December, 2018. She has more than 20 years of experience in practicing law, both in private practice and as legal counsel for Cold Lake First Nation in Alberta. She specializes in First Nations governance and law-making, consultation and negotiation of impact benefits agreements, business development, administrative law and employment and estates law. Ms. Jacknife also has participated in joint task forces to develop legislative frameworks for First Nations in Canada (Specific Claims Tribunal Act, Indian Oil and Gas Act and regulations). Ms. Jacknife holds a Doctor of Juridical Science in Indigenous Peoples Law and Policy and a Master of Laws in Indigenous Peoples Law and Policy from the University of Arizona – College of Law and a Bachelor of Laws from the University of British Columbia and two Bachelor of Art degrees from the University of Alberta. 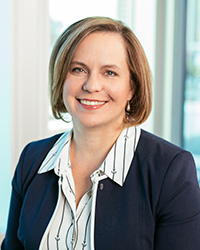 Stephania Luciuk was appointed as a Commissioner in 2019. Prior to her appointment, Ms. Luciuk was in legal practice for over 20 years, with extensive experience in the energy sector, serving as in-house counsel at Imperial Oil Limited and Canadian Oil Sands Limited and in private practice with Macleod Dixon and Fasken Martineau DuMoulin. Her legal practice has spanned regulatory, commercial and environmental work as well as engagement with Indigenous peoples related to conventional/unconventional oil and gas development and pipelines. In 2017, Ms. Luciuk was appointed as an assistant professor in the Bissett School of Business at Mount Royal University. She also served part-time as a commissioner of the Appeals Commission for Alberta Workers’ Compensation and as a mediator for the Provincial Court of Alberta. She is currently the CER representative to NARUC (the National Association of Regulatory Utility Commissioners). Ms. Luciuk holds a Juris Doctor from Osgoode Hall Law School at York University and a Master of Laws in international environmental law, focused on freshwater protection, from Dalhousie University. 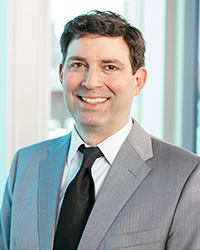 Mark Watton has extensive experience in regulatory law and public policy. He was first called to the bar in Ontario and practiced as a litigator in the Toronto office of Fasken Martineau DuMoulin. He relocated to Calgary to join the National Energy Board (NEB) where he was legal counsel for seven years, advising on multiple major project applications. Before his appointment as a Commissioner with the CER, he held the position of Senior Legal Counsel with TC Energy. He also worked in executive and policy advisory roles for numerous cabinet ministers in several federal government departments, and in the office of the Prime Minister. Mr. Watton holds an LL.B. from Dalhousie University and a Bachelor of Social Sciences (Political Science) from the University of Ottawa. 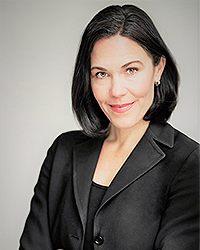 Ms. Chartier is a lawyer, with more than 20 years of experience in a variety of areas, including aboriginal, environmental and administrative law. She is a passionate advocate for official languages and has extensive experience in the public service, having served as a lawyer at the Department of Justice and a Member of the Immigration and Refugee Board of Canada. Most recently, Ms. Chartier served as Crown Counsel at the Public Prosecution Service of Canada where she prosecuted regulatory offences. Ms. Chartier holds an LL.M. from the University of British Columbia and a degree in civil law from Laval University.